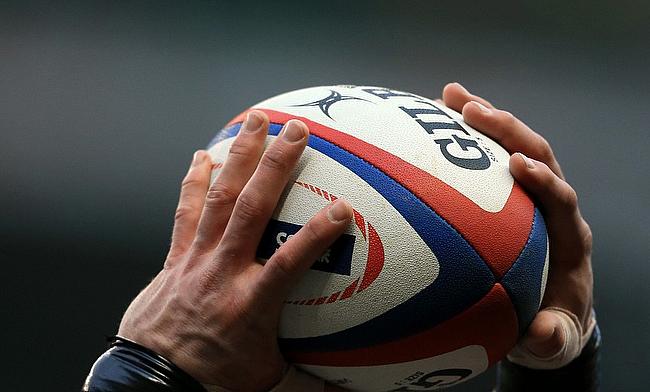 France have sealed the top place in Pool B
©PA

Caroline Boujard and Cyrielle Banet scored doubles as France trounced Ireland 56-15 in the third round of Women's Six Nations at Energia Park on Saturday.

The win means France have sealed the top place in Pool B after winning both their games and will face England in the final on 24th April.

Hannah Tyrrell started the proceedings for Ireland with a fifth minute penalty kick after France were penalised for not rolling away but France responded strong when Emilie Boulard created the space beating a couple of defenders allowing Boujard to dot down in the 13th minute and Caroline Drouin followed with the conversion making it 3-7.

France doubled their tally at the end of the first quarter with Laure Sansus sent a chip kick which Boulard set up pace to gather and dotted down in the 18th minute and once again Drouin got the extras right making it 3-14. Ireland suffered a setback as they lost lock Aoife McDermott to sin-bin for collapsing a driving maul that also resulted in a penalty try as France extended their lead to 3-21.

Despite being down on numerical advantage, Ireland set up a maul of their own from a 5-m line out resulting in a try for Cliodhna Moloney before Drouin with her maiden penalty kick in the 30th minute made the scoreline 8-24. With further tries from Safi N'Diaye and Cyrielle Banet, France ensured they ended a productive opening half with a 8-38 lead.

France extended their momentum into the second half as a perfect pass saw Boujard complete her second try in the 46th minute and nine minutes later Romane Menager went past Eimear Considine. Drouin missed the conversion but added a penalty goal in the 65th minute to take France's tally past the 50-point mark.

As the final 10 minutes kicked off, France got their seventh try with this time Pauline Bourdon creating the break for Banet to complete her second while Emma Hooban with the final touchdown of the game in the 73rd minute provided some consolation for Ireland as they succumbed to a 41-point defeat.