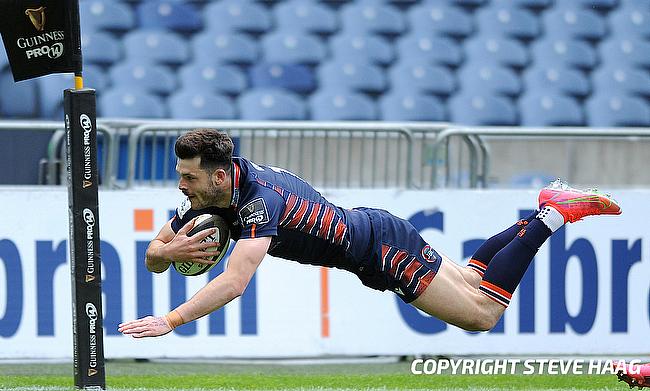 Ireland assistant coach Mike Catt said his team is wary of the threat from Blair Kinghorn as they face Scotland in the final round of the Six Nations clash at Aviva Stadium on Saturday.

Scotland head coach Gregor Townsend has preferred Edinburgh's Kinghorn at fly-half over veteran Finn Russell, who will now provide cover from the bench. This will also be the second start at fly-half for the 25-year-old having started at full back in the most of his 30 Tests for the Dark Blues.

"Listen, I've watched some footage on Blair and I think he's a fantastic player," Catt said.

"He's got a running game, he's very explosive, he's got a hell of a passing game and, if he gets the time and space, his kicking game is exceptional too, he's got a really big boot.

"We'd like to think we're not going to give him that opportunity to sit back and play the game in a dinner suit, so it's crucial that we do get after him.

"But, as a rugby player, I think what he'll do for that Scotland team is massive. He's a big threat for us."

Ireland currently are at second position in the table and a win on Saturday will see them win the Triple Crown after previously winning it in 2018 when they clinched the Grand Slam. Andy Farrell's men also are the only team to have the possibility of challenging France for the Six Nations title provided they win their game against Scotland and hope for the Les Bleus to lose to England when the two teams meet on Sunday in Paris.