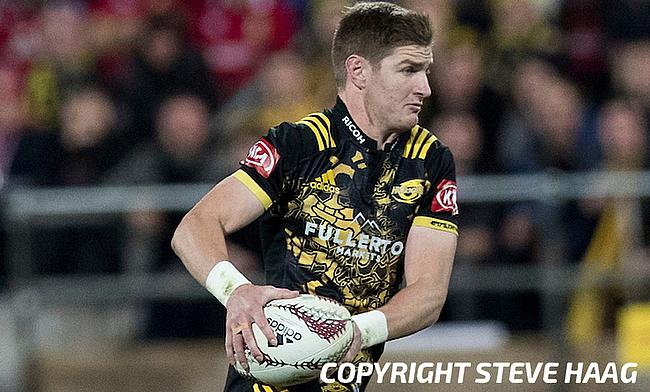 Hurricanes have registered their first victory in the ongoing Super Rugby Pacific competition as they edged out Highlanders 21-14 at Sky Stadium on Saturday.

Hurricanes now have four points in two games as they are eighth position in the table while Highlanders are languishing at the bottom after losing both their matches.

In what was a very dry first half as the only points before the break came from Pouri Rakete-Stones as he ran 25m unopposed to get his first Super Rugby try in the 12th minute and Jordie Barrett kicked the conversion to make it 7-0.

After almost 40 minutes without a point, the home side doubled their tally as Billy Proctor scored in the 50th minute before Highlanders responded back with a touchdown from Manaaki Selby-Rickit and Marty Banks kicked the conversion to make the scoreline 14-7.

Logan Henry provided relief for Hurricanes after his try was set up by Peter Umaga-Jensen with 10 minutes left in the game with their lead proving enough despite Josh Dickson dotting down in the 75th minute.

Highlanders captain Mitch Hunt expressed disappointment over the result and rued their inability to finish the game on a high.

"That seems to be our killer," captain Mitch Hunt said.

"We're creating plenty, the foundations are there but it's the small nails holding things up that are not quite right.

"We need to be able to finish."

Hurricanes' next game will be against Moana Pasifika on 12th March at Sky Stadium while Highlanders will be locking horns with Blues on 11th March.