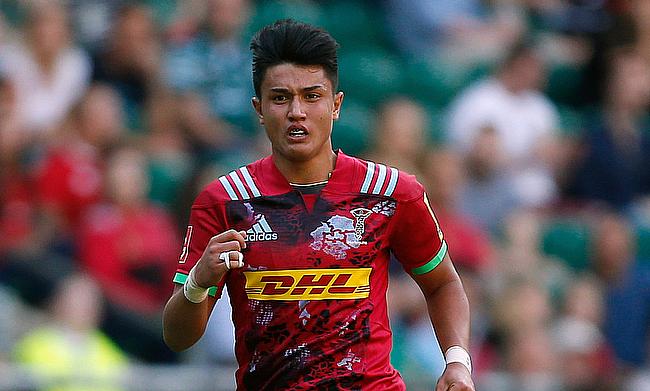 Marcus Smith contributed with 22 points as Harlequins registered a 37-24 win over Leicester Tigers in the ninth round of the Gallagher Premiership at Twickenham Stoop.

The win means Harlequins now move to fourth position in the table with 28 points while Leicester are at eighth place with 20 points.

Sustained pressure from Leicester Tigers early in the game saw with Cyle Brink diving from close range in the fifth minute and Zack Henry followed with the conversion to make it 0-7.

The Quins responded almost immediately when Alex Dombrandt set up Mike Brown over the line in the 10th minute while Smith kicked a conversion and followed with a couple of penalties to provide them with a 13-7 lead.

Smith, who recently signed a long-term contract with the club extended the home side's lead further with a try of his own following an offload from Will Evans and also improved it to make the scoreline 20-7.

The Tigers reduced the arrears after Jack Van Poortvliet dotted down following a good work from Freddie Steward and Henry kicked the conversion to make it 20-14. The gap between the sides remained at six points after Smith and Henry traded penalties before Andre Esterhuizen's try ensured the home side went into the break with a 30-17 lead.

The start of the second half saw both the teams reduced to 14-men temporarily with Hanro Liebenberg and Matt Symons yellow-carded and Harlequins went on to claim the bonus point when Care and Smith combined to send winger Louis Lynagh over. Smith also kicked the extras making it 37-17.

Leicester came back in the game when skipper Dan Cole offloaded to George Martin near the try line for his first Premiership try but they could not find any more breakthrough in the remainder of the game despite taking the majority of the possession.