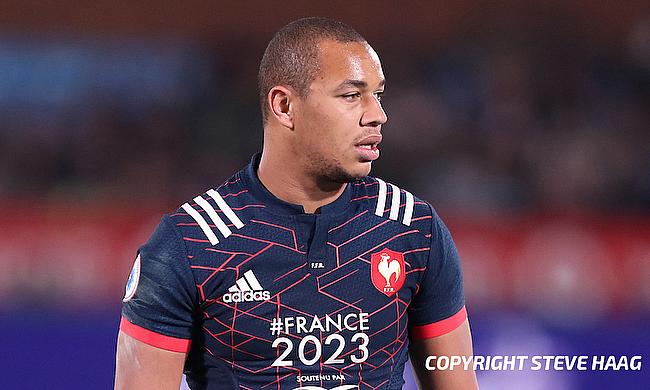 France went on to clinch the Grand Slam for the first time since 2010 as they went on to beat England 25-13 in the final round at Stade de France on Saturday.

The result meant France finished the tournament with five bonus point wins taking their tally to 25 points followed by Ireland at second place with 21 points. Despite finishing third in the competition, England managed just 10 points in the tournament after losing three out of the five games.

The opening points in the game came in the 8th minute through the boot of Melvyn Jaminet as he slotted a penalty goal following an infringement from Ellis Genge.

France pressed on the attack after England were penalised for holding on under pressure but Antonie Dupont's pass to Penaud goes forward following a line out. Eventually, the Les Bleus got their opening try in the 15th minute as a pass from Romain Ntamack allowed Gael Fickou to dive in the corner but the conversion from Jaminet went wide making it 8-0.

The end of the opening quarter saw England finally open their account as Penaud is penalised for an interference and Marcus Smith kicked a penalty goal making it 8-3 before it was negated by another three-pointer from Jaminet making it 11-3.

Infringements continued from either sides as Joe Marchant made a break over the gain line for the visitors to get a penalty advantage and Smith made no mistake as the red rose team reduced the arrears to five points.

As the break was approaching, France worked the ball from left to right before Romain Ntamack provided the break and overcame a challenge from Genge to help Francois Cros over the line and Jaminet's conversion ensured Fabien Galthié's men completed the opening half with a 18-6 lead.

England showed better intent in the second half as Elliot Daly put Freddie Steward over after the fullback managed to go past Natmack and Smith nailed the conversion to reduce the gap down to five points. Nevertheless, France seized the control as number eight Alldritt picked and went round the fringe and slipped the ball inside to Dupont, as he shrugged off a couple of defenders to dot down to extend their lead to 25-13.

England came close as Alex Dombrandt came close to get the ball down when he got over on a charge but was held by the French defence which held good for the remainder of the game as they sealed their first Six Nations title and a Grand Slam in 12 years.