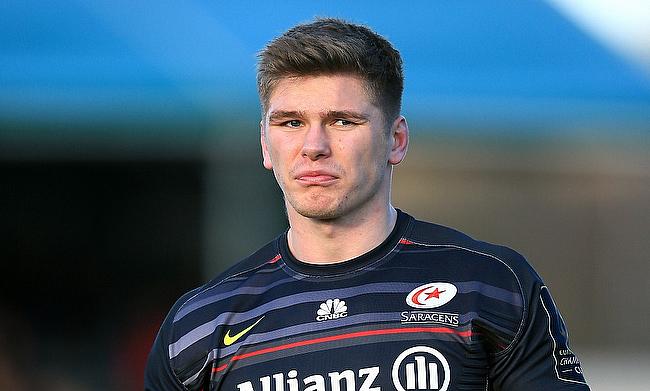 Owen Farrell finished on the losing side
©PA

Gabin Villiere scored a double as Toulon edged out Saracens 25-16 in the semi-final of the European Challenge Cup at Stade Félix Mayol on Saturday.

The result meant Toulon will be facing Lyon in the all-French final that will be played in Marseille on 27th May.

Villiere got Toulon off the mark in the third minute after he dived in the corner following a kick from scrum-half Baptiste Serin. Louis Carbonel landed the conversion to take them to a 7-0 lead.

The gap came down to four points by the 12th minute after Owen Farrell slotted a penalty goal between the posts and in the 15th minute Ben Earl charged down a clearing kick from Toulon to dot down. Farrell also landed the conversion to perfection to make it 7-10 in the opening 30 minutes.

Farrell and Carbonel slotted a penalty apiece as the first half ticked by, the Toulon man pulling another effort wide before the hosts eventually reclaimed the lead as a slick move saw Villière cross for his second of the evening in the final play as the French side completed the opening half with a 15-13 lead.

Elliot Daly missed a long range penalty chance early in the second half but Carbonel extended Toulon's lead after he slotted another three-pointer in the 52nd minute. Farrell with his third penalty goal brought the gap down to two points but Jiuta Wainiqolo stepped inside Saracens defenders to dot down for their third try at the start of the final quarter and Carbonel improved it to make it 25-16.

Saracens had a chance with replacement Callum Hunter-Hill forcing over but was held up by firm Toulon defence as they held on to their lead to complete a nine point victory.