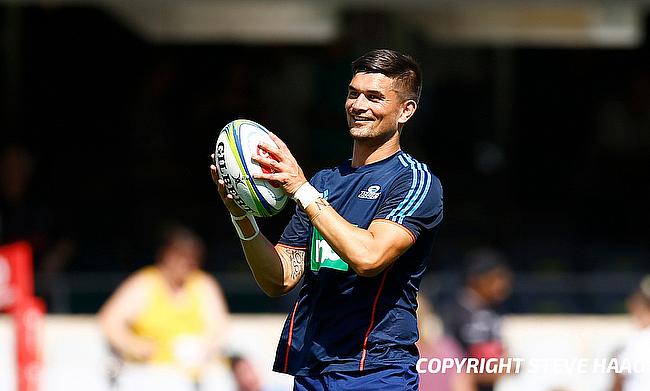 Otere Black finished on the losing side
©Steve Haag

Damian McKenzie scored a converted try in the final minute as Chiefs edged out Blues 15-12 in the fifth round of Super Rugby Aotearoa at FMG Stadium Waikato on Saturday.

This is Chiefs' successive win in the competition as they moved to the third place in the table with eight points while Blues are at second with 10 points.

Chiefs looked dominant in the opening exchanges as Quinn Tupaea almost sneaked through but Anton Lienert-Brown failed to grab on the pass. The deadlock eventually came to an end in the 24th minute when Akira Ioane brushed away a couple of tackles to dot down and Otere Black kicked the conversion.

The visitors thought they scored their second try around the half-hour mark when when Mark Telea came close but a desperate tackle from Damian McKenzie stopped him from scoring.

As the half-time was approaching, Chiefs opted for kick to touch but a steal from Naitoa Ah Kuoi in the line out denied the chance as Blues finished the opening half with a 0-7 lead.

The Chiefs finally got their first points on the board as McKenzie kicked a three-pointer in the 46th minute to reduce the arrears to four points. The Chiefs came close to score their opening try when Trask sent a grubber kick through for Anton Lienert-Brown but the latter failed to have the control of the ball as he attempted to touchdown.

However, the 58th minute saw Samisoni Taukei'aho crossover at the back of a line out in the 58th minute as the scoreline became 8-7 but the visitors seized the lead back in the 62nd minute as Tom Robinson breached the defence of Chiefs to cross the whitewash making it 8-12.

Blues opted against a kickable penalty which they kicked to touch and it almost paid divided as they went over at the back of the line out but was ruled out following a consultation with TMO. As the full-time was nearing, a counterattack from Chiefs saw McKenzie dot down to take them to a one point lead before the fullback also slotted the extras to complete a three-point victory.