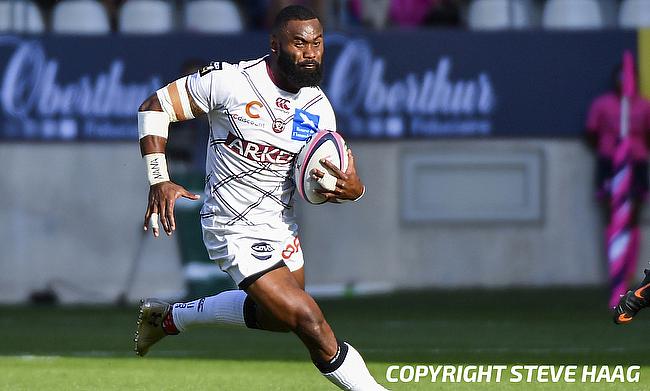 Bristol Bears scored four second half tries as they trounced Gloucester Rugby 39-7 in the 19th round of the Gallagher Premiership at Ashton Gate.

The win has seen Pat Lam's side consolidate their top position in the table as they have taken their tally to 76 points - 12 more than second positioned Exeter Chiefs which has strengthened their bid to secure a home play-off while Gloucester are at 11th place.

Callum Sheedy started the proceedings with back to back penalties in the 7th and 11th minutes to get the home side to a 6-0 lead which could have been 11-0 but Kyle Sinckler's try was disallowed for a knock-on in the build up.

Gloucester's infringements continued to hamper them as they lost Matias Alemanno to red card in the 16th minute for a tip tackle on Steven Luatua and the visitors upped the ante with Sheedy kicking a penalty to the corner with eventually Jake Kerr crashing over but was turned down by TMO for a foul.

The 22nd minute saw Val Rapava Ruskin sin-binned and finally the home side got their opening try with Charles Piutau and Sheedy combining with Max Malins touching down in the 27th minute and the fly-half kicked the conversion to make it 13-0.

Despite down on numerical advantage, Santiago Carreras provided Gloucester a much needed breakthrough as he crossed the whitewash after collecting a pass from Billy Twelvetrees, who also slotted the conversion as the teams went into the break with a 13-7 scoreline.

Lam's side were the quickest to get off the block in the second half after Chris Vui broke clear to feed Charles Piutau as the fullback dotted down but Sheedy's conversion went wide making it 18-7. Bristol upped the ante in the final quarter with Ben Earl diving from close range in the 66th minute after Heinz’s try was ruled out for offside.

The bonus point for the home side came in the 71st minute when Nathan Hughes powered his way through following a line out drive before Radradra added the fifth try in the added minutes to complete a 39-7 victory for Bristol.