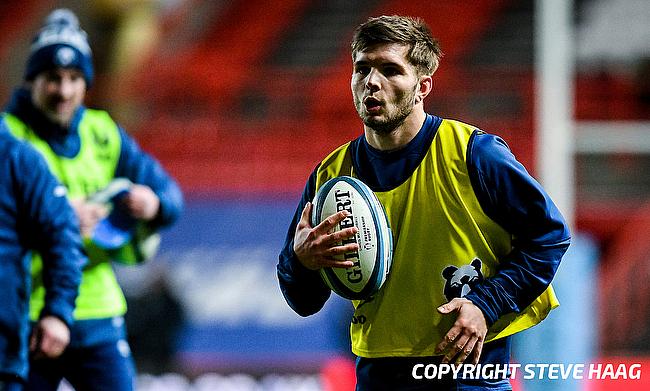 Harry Randall was one of Bristol's try scorer
©Steve Haag

Bristol Bears have progressed to the round of 16 in the ongoing Heineken Champions Cup as they defeated Stade Francais 28-17 at Ashton Gate on Saturday.

This is second win for Bristol in three games as they are at fourth position in Pool B while Stade Francais are at 11th position.

Harry Randall helped Bristol get the initial breakthrough as he set free Henry Purdy over the line in the 14th minute and Callum Sheedy kicked the conversion.

Nicolas Sanchez missed a penalty chance as the French side continued to trail by seven points at the end of the opening quarter but in the 23rd minute, Bristol got their second with Piers O'Conor touching down at the back of a maul and Sheedy kicked the conversion to perfection making it 14-0.

With the break approaching, Stade Francais opened their account when centre Leo Barre dived under the posts and Sanchez kicked the conversion making it 14-7 at the end of the opening half.

The gap between the sides came down to four points with Sanchez kicking a penalty goal early in the second half but Harry Randall crossed, before O’Conor’s second just before the hour mark secured the bonus point making it 28-10.

Even though, Stade Francais had a late try through Antoine Burban in the 65th minute, Bristol held their defence as they completed a 11-point victory.