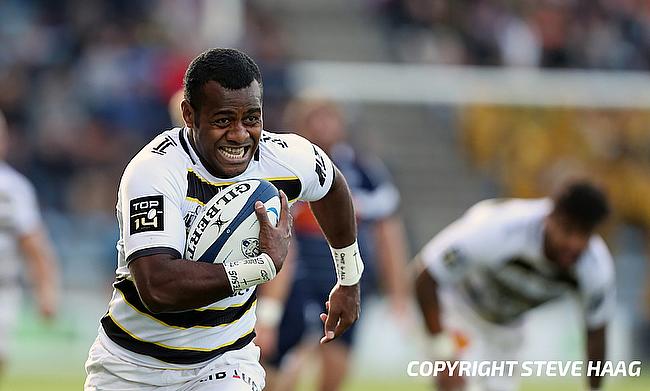 Hosea Saumaki scored the decisive try in the final minute as Leicester Tigers came from behind to edge out Connacht Rugby 29-28 in the latest round of the Heineken Champions Cup at The Sportsground on Saturday.

This is Leicester's third win in the competition as they qualify for the round of 16 while Connacht are at fifth place in Pool B after losing two out of the three games.

Prop Joe Heyes gave a head start for the Tigers with a second minute try that came at the back of a rolling maul but Freddie Burns missed out on the conversion. They extended their lead further with this time Kini Murimurivalu capitalised on the kick from Burns to touchdown.

With 10 points behind, Connacht had an opportunity to open their account but Jack Carty's kick went wide by the 13th minute but the home side had a strong finish to the opening half as full-back Tiernan O’Halloran dived under the posts in the 15th minute and an offload from Bundee Aki allowed flanker Cian Prendergast to touchdown in the 28th minute.

With Carty managing to kick both the conversions, Connacht headed into the break with a lead of 14-10.

The Tigers started the second half with a huge setback as Tommy Reffell sent to the sin bin for a denying a score with an infringement and Connacht made full use of the numerical advantage with two further tries.

First it was scrum-half Kieran Marmion spotted the gap to force his way over in the 43rd minute and five minutes later O'Halloran completed his second. Carty kicked both the conversions as Connacht extended their lead to 28-10.

With 18 points behind, the Tigers clawed their way back as Murimurivalu went over for his second try of the day and as Burns kicked the conversion bringing the gap down to 11 points. The bonus point for Leicester came by the 72nd minute as replacement hooker Charlie Clare crossed at the back of a trundling maul followed by a Burns conversion.

Just as the Irish side looked set for a win, Saumaki with his dive in the corner in the final minute ensured Leicester's unbeaten streak continued and more importantly a berth in the round of 16.