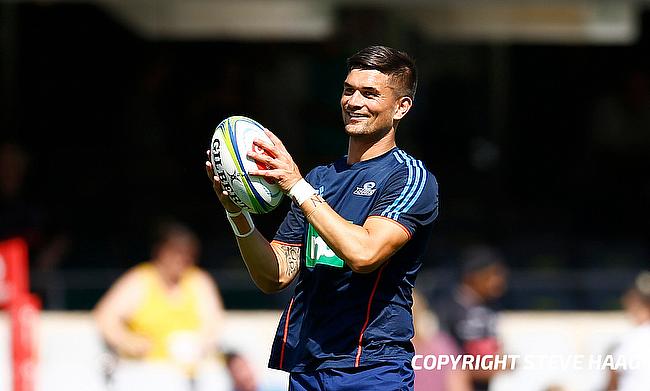 Blues finished their Super Rugby Aotearoa campaign on a high as they went on to beat a depleted Chiefs side 39-19 in the 10th round at Eden Park on Saturday.

This was fourth win for Blues in the season as they finished narrowly on the second place while Chiefs will lock horns with Crusaders in the final on 8th May at FMG Stadium Waikato.

Bryn Gatland started the proceedings for the Chiefs with a 45m penalty kick in the fourth minute after Blues for penalised for a high tackle. The response from the home side came in the 19th minute with Blues hooker breaching the defence of Chiefs to dot down and Otere Black kicked the conversion making it 7-3.

Even though Gatland's second three-pointer in the 22nd minute reduced the gap down to one point, Chiefs scored their second try with Adrian Choat diving from close range in the 26th minute but had to leave the field with blood on his face. Black also kicked the extras making the scoreline 14-6.

Chiefs looked threatening in the remainder of the second half as they came close to scoring tries on two occasions but could not quite get the breakthrough. As the break was approaching, Chiefs earned a shot in front of the goal which Gatland kicked to perfection to end the opening half with a 14-9 scoreline.

Seven minutes into the second half, Gatland with his fourth successful kick ensured Chiefs were still in the game with the gap coming down to two points. The Blues got their third try in the 54th minute with Zarn Sullivan ran into gap for his first Super Rugby try but his effort was cancelled out by a touchdown from Shaun Stevenson. With Gatland kicking the conversion, the scores were levelled at 19-19.

Black with his maiden penalty goal in the 65th minute put Blues in front once again before Hoskins Sotutu powered his way over the line to extend their lead 27-19. Any chance of a Chiefs comeback was put off with AJ Lam scoring back to back tries in the last three minutes to complete a 39-19 win for Blues.