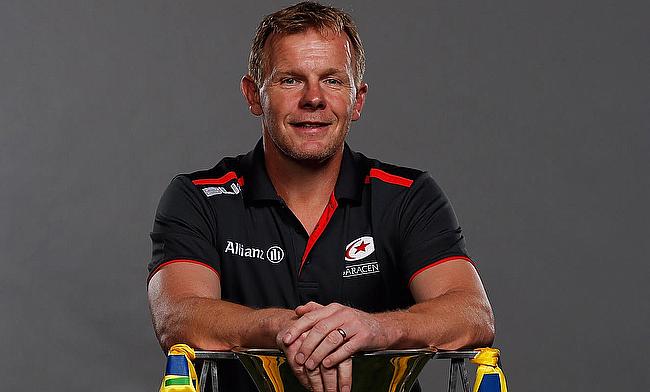 Mark McCall is among the most successful Premiership coaches
©PA

England coaching role not in Rob Baxter's mind
Eddie Jones wants England to be 'absolutely ruthless' against Japan
What would make the Autumn Internationals a success for Eddie Jones and England?
'I'm not Alexander the Great' - Eddie Jones on changing England's rugby union structure

Saracens director of rugby Mark McCall has ruled himself out the possibility of being a potential candidate to succeed Eddie Jones as England head coach.

The news on McCall comes a day after Exeter Chiefs Rob Baxter also ruled himself out of the role in near future once Jones' contract ends in 2021.

Interim RFU chief executive Nigel Melville has taken the responsibility to compile a list of probable candidates and has stated that he might get in touch with Warren Gatland and Stuart Lancaster.

McCall has already established himself in the domestic circuit and has been the most successful coach in the Premiership leading Sarries to three domestic titles apart from two European titles since he took over and with him and Baxter pulling out from a possible role with the national side leaves RFU with limited choices among English coaches.

"I have signed a deal here for the next three seasons after this one, and all of the coaches have signed up to that," he told Daily Telegraph.

"We are really happy here and we think there is a lot more we can achieve with the group we have.

"I know how difficult coaching can be, and sometimes you end up in a place which is good, in the right place at the right time.

"We have been here for 10 years together and have a group who can be around for the next three or four years, not just our coaches but our academy staff and physios too.

"We think there is a lot to achieve together and hopefully we can do that."