Eddie Jones wants England to be 'absolutely ruthless' against Japan 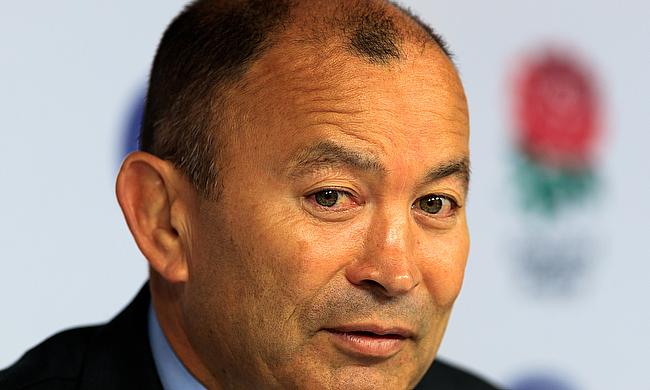 England head coach Eddie Jones has sounded a warning to Japan ahead of the upcoming clash between the two teams at Twickenham on Saturday.

The red rose team head into the clash against Brave Blossoms after closely competed games against South Africa and New Zealand. This will also be the first time Jones will turn up against Japan after previously coaching them between 2012 and 2015.

"Pray, pray, pray. Go to the temple and pray. Just pray, it's the best thing. We're going to be absolutely ruthless," said Jones.

"If I was Japan I'd be worried. I wish we were playing tomorrow. We want to smash them, physically smash them.

"I know they're going to come full of confidence. I've heard some of the things they've said, they've been a bit cheeky so look out."

Meanwhile, Japan head coach Jamie Joseph has played down the comment from Jones and insisted that they will present a different challenge to England.

"When we've got the ball and guys are really excited about playing, we've got a different style of play; we're not as big as others, but we're quick," said Joseph.

"In tough conditions it's tough to get our game going, so we're hoping and praying for a bit of weather. I'm not sure I'm going to the temple though!

"Our players all watched the England match; I went to the Test match, loved it," added Joseph. "Those types of games are exactly what rugby's all about in my view.

"But I suspect the game that we play, how the All Blacks play, and the fact England have had a few matches, it could be a little bit different this weekend.

"We just play our rugby, we like to play quick, we're not as big as other sides. We don't want rain come kick-off time, and I think we've shown over the last couple of years if we can get our game going we can push teams hard.

"You could say they were unlucky against the All Blacks but my focus really is just to go out there and make sure we can do our very best against a very good England side."

The Saturday's game will also be the first time these two teams will take on each other since their only meeting that came in 1987 which England won 60-7.