What would make the Autumn Internationals a success for Eddie Jones and England? 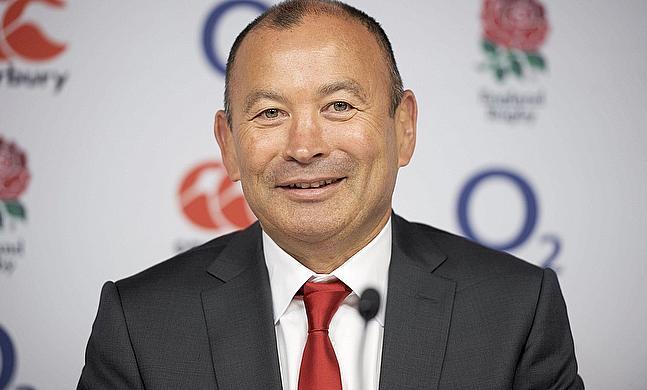 With Eddie Jones announcing his squad for the Autumn Internationals this week, Greg Boon feels there are certain aspects which will determine whether England will have a positive or negative end to a difficult 2018..

England go into the Autumn Internationals having lost five of their last six competitive matches.

Fresh off a solitary victory in South Africa, the challenge facing Eddie Jones and England is not just to arrest the slide, but to build some momentum. They need to show they have progressed further than the side that went on that remarkable winning run when he first took charge of the national side three years ago.

In truth, towards the end of a history making run of the games – which saw England win 17 games in a row - the cracks had begun to show. They were scraping home in games they should have won comfortably. Their attack looked blunt and their discipline was woeful.

All eyes will be on Eddie Jones. The Australian has had a career with as many peaks as it has troughs. He was the outstanding candidate after England's disastrous 2015 World Cup campaign and undoubtedly, he has had success.

However, there have always been questions over his ability to bring sustained success over a long period of time, the accusation being that he is a short-term man.

He took over a squad from Stuart Lancaster with a strong ethos and a healthy culture. What they lacked, and what he brought, was a bit of noose, game management and a more competitive edge. Now, Jones needs to reinvent himself and England. He needs to buck the trend of his career and show he is the man to get England back on track.

His interviews following the Six Nations and during England's tour of South Africa showed a man feeling the pressure. A man, at times, at odds with his own players, his union and certainly the wider fan base.

Yet the RFU have backed their man. It was not so long ago he signed a long-term contract to take him beyond the World Cup, despite him consistently preaching that after the World Cup he wanted to do nothing better than watch some cricket in the West Indies. The RFU have also put their faith in Jones in the hunt for a new defence coach.

John Mitchell is a divisive coach with a chequered history yet Jones was so convinced that Mitchell was his man, England were prepared to part with £200,000 to secure his release from the Blue Bulls.

Personally, I'm not a fan of Mitchell's appointment. He is a notorious task master coming in to what is an already intense and arduous environment. I would have much preferred to see a relaxed character, a ying to Jones’ yang, and the historical accusations of abusive language and forced training regime while at the Lions are, for me, unforgivable.

This is also his first post as a defence coach. The Bulls conceded the second most tries in this year’s Super Rugby.

Defence then will be a key indicator as to England's progress. On average, three tries is enough to secure victory at test level. Should England keep the standard of opposition they face to less than that, then that should be considered a success and vindication for Jones and for Mitchell.

"There's huge pressure and he's gone for a big guy"

Conversely, Scott Wisemantel will be looking to get England over the whitewash, but he seems to have the easier job. Should England be able to maintain possession without coughing up needless penalties, then they are not short of attacking threats.

The greater challenge will be to reduce England's penalty count. England have conceded far too many penalties throughout Jones’s time at the helm. If they truly want to make progress and be seen as serious candidates for the World Cup, then they need to get this under control.

Much of Mitchell's experience to date has been as a forward’s coach; which will be invaluable to improve England's discipline. Over two thirds of the penalties England give away have been at the breakdown. They must find a way to be more precise in both attack and defence and find a way to relieve pressure without caving in which leads to conceding penalties and receiving cards.

Discipline has always been a measure of a team’s performance. The Autumn Internationals will be no different. Come the end of the campaign, we will be paying particular attention to the number of penalties and cards. No doubt, it will be compared to the 30 penalties England gave away during the Six Nations.

They now face South Africa, New Zealand, Japan and Australia at Twickenham. Three wins out of 4 is an absolute minimum for Jones despite the ever growing injury list, but given that South Africa will be without many of their key players, Japan are still developing at this level and Australia are going through a horrific run of form, the manner of the victories will be just as important as the results themselves.

Should England beat the All Blacks though, that would be a sizeable statement going into the World Cup.