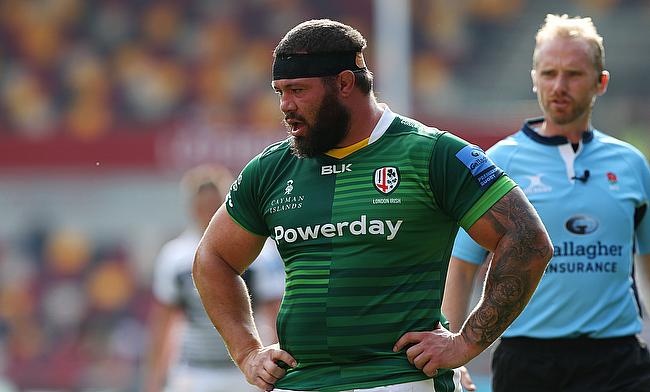 It is not the first time that Declan Kidney’s team have triumphed in the South West, picking up a 22-19 victory at Sandy Park during the top-flight’s restart in 2020. However, what felt different about the Exiles’ win last weekend was the manner in which they put their hosts to the sword.

In the game 13 months ago, it was a smash and grab, with just a score separating the teams at the final whistle. It looked like it would be another tight affair last Saturday with the match level at the break, but second-half tries from Ben Loader, Ollie Hassell-Collins and Benhard Janse van Rensburg, as well as a strong defensive spell, allowed the Londoners to get onto the team bus with smiles on their faces.

Joining the club in the summer, Van der Merwe has been involved in every game this season, experiencing a tough opening day loss to Worcester Warriors, draws with Sale Sharks and Gloucester, as well as further defeats against Northampton Saints and Leicester Tigers.

“We haven’t had, in my experience, a bad game,” the 31-year-old said. “There has been a couple of draws that could have gone either way. At Saints, we should have won hadn’t we butchered it right at the end.

“We have been putting in the performances, we just hadn’t gotten the results. I think it had been coming. Luckily, on the day against Chiefs, I think those couple of things just clicked and we managed to just be a little bit more accurate at certain aspects of our game and the other things that we tried to do well, we did well, and then the result came.

“It is something that can definitely spark a bit of momentum and in these types of competitions, that winning habit and that momentum does help quite a bit. Having such a good win against a team like Exeter does give you a lot of confidence and can give us momentum going into the next few games.”

Having begun his professional rugby career in 2011 with the Free State Cheetahs, he has represented the Cheetahs, Bulls, Blue Bulls, Toulon and South Africa.

Plying his trade in the south of France for four seasons before Covid-19 hit, the tighthead prop linked back up with the Bulls in 2020 and signed as a medical joker for La Rochelle at the end of the Top 14 season.

Now commuting to Sunbury-on-Thames to London Irish’s Hazelwood Centre, Van der Merwe says it was the club’s ambition to lift silverware that tempted him over the English Channel.

“When I first spoke to the club, I said that I didn’t want to join a club that didn’t have aspirations to win titles,” the South African said. “That is definitely the direction the club wants to head into and that is ultimately the goal.

“That is the goal; to win. But obviously we have got to focus on this weekend and then the weekend after that.”

Last season, one of London Irish’s best-selling points was the young talent coming through. Just the backfield trio of Hassell-Collins, Loader and Tom Parton is enough to get the pulse racing, whilst there is added intrigue thanks to Ben Donnell, Phil Cokanasiga, Chunya Munga and Matt Williams who are still establishing themselves.

Able to attract international stars such as Agustin Creevy, Allan Dell, Rob Simmons, Nick Phipps and Sean O’Brien, there is more optimism than ever before that the club can make it into the Champions Cup for next season.

“I thought moving to London Irish was a good opportunity,” Van der Merwe said. “I had spoken to the coaches, to Declan. I looked at the team and saw they have put together a decent squad.

“At the end of the day, you want to be part of a squad that is going to be competitive. So, that was a major factor for me and I believe that London Irish have a good squad and a group that can achieve something.

“One thing I can say is that the environment that the coaching staff have created is something very special. It is a good environment, very open. Even though we are all competitive and it is stressful in the season, there is still a cool, calm and collected atmosphere the whole time.

“It is an environment where you feel like you want to go and do your best every day, to improve and on a Saturday, give your best to the team. That is quite nice. It is not like an emotional rollercoaster that sometimes might happen at some places.”

Taking a look at promotion-relegation

The opening six rounds of this Gallagher Premiership season has seen plenty of tries scored, with defence seemingly optional at times.

This has led some to suggest whether players are giving their all to their club given the jeopardy created by the threat of the drop is no longer looming over teams.

Having spent most of his career in Super Rugby and at the head of the Top 14, fighting to stay in a division is not something Van der Merwe has had to contend with in his career.

With no relegation from the Premiership confirmed by the RFU for at least the next three years, it felt more than prudent to ask what the South African thought of the changes to the top-flight.

“You don’t want to just play so that you are not bottom of the log at the end of the season,” he said. “We all want to compete and you have got teams like Bath and Bristol who have been up there and at the moment, they are not where they see themselves to be.

“There is a lot of competition whether there is relegation or not. The other thing is, from a players perspective, it would be great if there is not so much of a promotion-relegation aspect to a season. 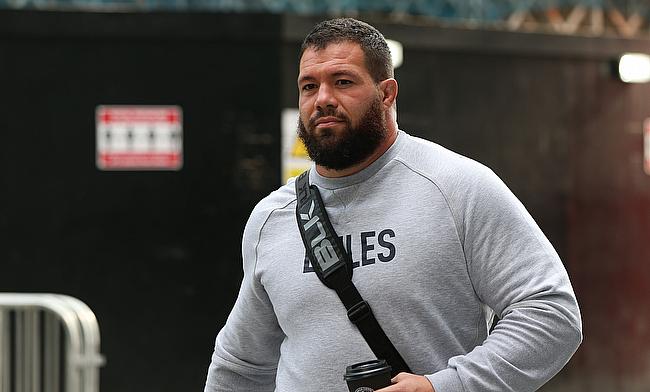 “The only reason I say that is when players sign a contract and you sign with a team where there is a possibility that they might get relegated, there is a huge financial loss that could come for players. That influences your personal life quite a lot.

“You might play your last game of the season and the next day you have got pay cuts and the day after you sign at another club and you have to pack up with your family to leave again. There is a lot of implications. It is very intricate.

“The players (at London Irish) always talk about it and everyone has got a different feeling on it. There is the business side of it at the end of the day, then there is the personal, human aspect of being a player in it.

“It is not nice to speak to friends and mates who play when they get relegated. They have to pack up and leave or take a financial knock because the budget in the second division is not as good.”

Taking on the Bears

As things stand heading into the seventh round of the Premiership, London Irish sit three places above Bristol in 12th as the two teams meet at the Brentford Community Stadium this weekend.

Pat Lam’s side have had a far from perfect start to the new season, picking up just one win against local rivals Bath.

Losing heavily at the hands of Saracens, Wasps and Harlequins, the team will be well-rested for their trip to the capital having had a bye-week following their most recent loss against Newcastle Falcons.

There is an expectation that those hailing from the West Country will charge back up the table at some point. As a result of this, Van der Merwe and his Irish teammates are wary of their visitors this weekend, especially given the unexpected start to the season they have experienced.

“It is almost a compliment to the competition,” the Springbok said. “There is competition, so it is not like you can just expect these four, five or six teams to just rock up and win every weekend like it maybe used to be.

“Bristol, in their eyes, have probably had a slow start to their season. They have had a couple of games where they came out swinging and they maybe will be kicking themselves a little bit because they haven’t always finished the job.

“At the end of the day, they are a very dangerous team. They are well-coached, they have got a good squad and it is going to be a tough game. They want to bounce back. They have had a week off to recuperate and to get everything together, so it is going to be a big game.”