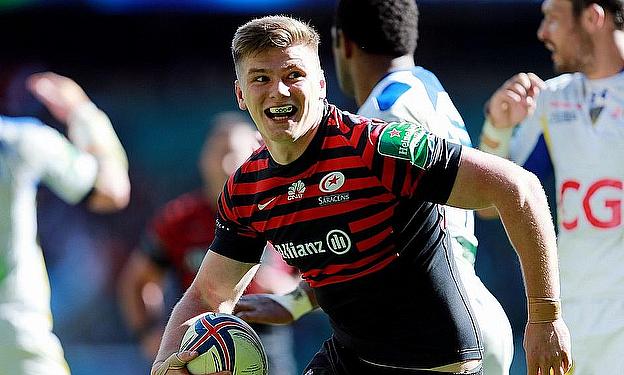 After 22 Rounds and two semi-finals, just two teams remain... on Saturday afternoon at the Home of English rugby, Saracens and the Northampton Saints will  go head to head in the battle to be crowned the2014 Aviva Premiership Champions.

The 2013/14 season has been one of the most exciting and competitive seasons of recent years and the Final will be the pinnacle of all of that action.

Saracens and Northampton are entering this game from two completely different situations – thanks to last weekend's European results. Northampton are riding on a wave of positivity and momentum after winning the Amlin Challenge Cup; they are flying high and are a team that are loving their rugby lives at the moment.

Saracens situation, on the other hand, is a huge contrast to this – on Saturday afternoon in front of a 70,000 strong Millennium Stadium crowd they were crushed by the mighty Toulon and the wind was thoroughly taken out of their sails.

Either situation could be a benefit or a detriment to the side... Saints could have a trophy hangover or they could be brimming with confidence and continue playing their best rugby; whereas Saracens could be crushed and emotionally drained or they could be so fired up that the rugby world should watch out.

Logic says that Saints will be brimming with confidence and that Saracens will be fired up and that will make for a mighty, mighty clash at Twickenham.

Northampton’s memories of HQ and Aviva Premiership Finals are not great ones... the phrase ‘always the bridesmaid and never the bride’ is the most appropriate to describe their ‘love affair’ with the match.

Saints’ focus should be on their own game – Stephen Myler has had a tremendous season; the direction that he has given his side and the amount of times he has single-handedly swung games in their favour mean that he is critical to their success.

Furthermore, Dylan Hartley has been named on the bench for the big game and for every Saints fan that will be a relief. Dylan adds so much leadership to the side and for him to miss the opportunity to erase some hurtful Premiership Final memories and help push his side forwards would be a great shame.

Foden, North and the Pisi brothers must be at their most creative to find holes in the Saracens defence and up front the battle at the breakdown and set piece will be colossal.

From Round 1 of the Aviva Premiership Saracens have been the form team: they have bulldozed over many a Premiership side with ease and at times have looked unstoppable. The Allianz Park side now play exciting rugby and rugby that has won over many Premiership fans. David Strettle has scored 12 tries in 16 games and is one part of an electric backline including the former Saint Chris Ashton who has regained his best form.

Owen Farrell has been confirmed as being fit after he stepped on a TV cable and rolled his ankle before the Heineken Cup Final and his performance, like Stephen Myler’s, will be critical to his side’s success.

Saracens' Wolfpack are devastating and always mean business. Scalk Brits has described playing Saints as 'a personal grudge match' and the forward battle will be scintillating.

Both packs have led the way this season in terms of their set piece proficiency and dominance at the breakdown so expect sparks to fly as each vie for supremacy.

The final consideration for Saracens should be the ‘Steve Borthwick factor’, as we all know this Saturday’s match will be Steve’s last ever professional game and every single Saracens player will want the last action that the talismanic second-row does for the club to be lifting the Aviva Premiership Trophy.

This season we have enjoyed 134 Aviva Premiership matches; the rugby has been of the highest order and now just two teams remain. Both sides are desperate for glory and on Saturday afternoon they will go head to head in one final battle; physically they are evenly matched, emotionally we will wait and see which side controls their own the best and ends their final match of the 2013/14 season victorious and are crowned the Aviva Premiership Champion for 2014.