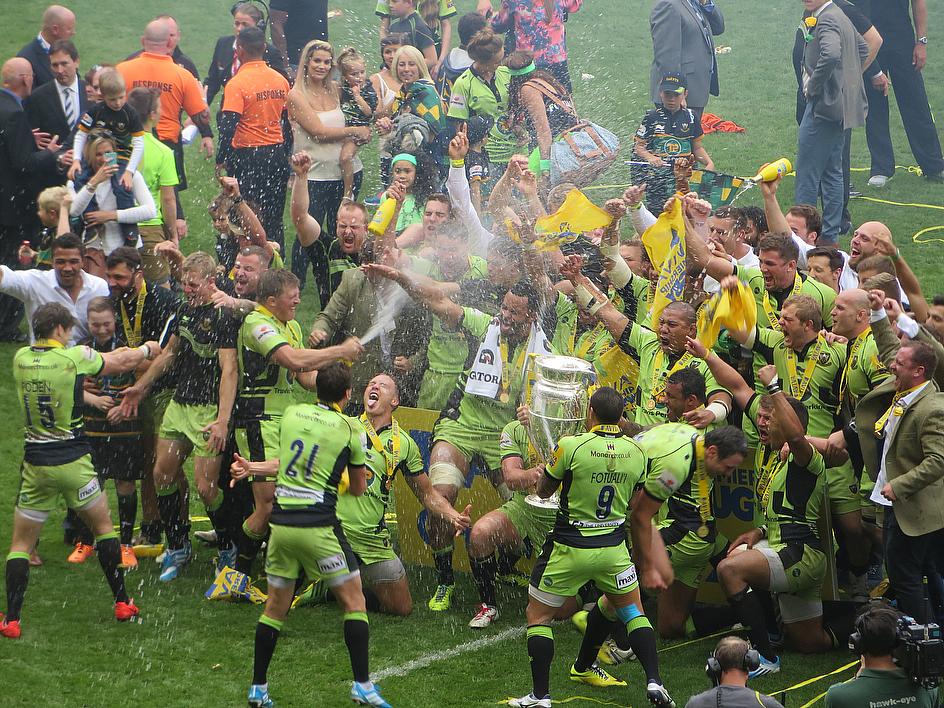 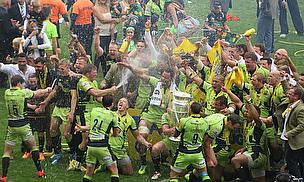 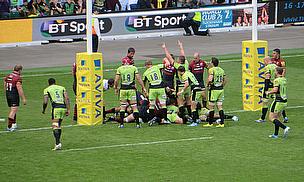 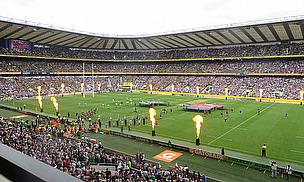 So often this season a match has been described as a game of two halves. However, on Saturday afternoon at Twickenham Stadium we were treated to 4 quarters of pulsating rugby.

It took exactly 100 minutes in order to break apart two giants of the Aviva Premiership, on Saturday afternoon the Northampton Saints and Saracens faced off in the most intense and dramatic Aviva Premiership Final that we have seen. In the end it came down to a single decision from TMO Graham Hughes and it is a decision that will go down in history and be discussed for years to come.

Early on the match was nervy and slightly more disjointed than we have come to expect from both sides; it was clear that in spite of there being a wealth of experience on the pitch every single man was nervous and felt the huge weight of expectation that was on their shoulders.

A penalty from Owen Farrell settled the game and then the real end-to-end action started and the physicality reached new heights. The battering ram Luther Burrell was matched by the bulldozer that is Billy Vunipola and throughout the first half possession was fairly even.

Saracens critically clocked up a short 6-0 lead; however, a piece of individual brilliance from Ken Pisi instilled confidence in Saints and provided them with 7 vital points. The territorial battle was intriguing, both Owen Farrell and Stephen Myler were spot on with their form and at half time there was little to nothing separating the two sides.

The second forty followed in much the same fashion, although if you can believe it the intensity went up a level as both tried, in vain to slip away from the other and the physicality moved up a level with North, Burrell, Farrell and even Ashton getting in on the action.

The tempo and pace of the match was breath-taking; one minute Saints looked to have a small stranglehold on the game and the next Saracens were back in control. All regards for personal safely had been thrown out the window at the first whistle and it was stunning rugby to watch.

When George Pisi crossed with 20 minutes to go, in other matches that would have been it; however, in this Aviva Premiership Final there was plenty of action left!

What followed was agonising intense and brilliantly compelling. Saracens scored, then had their try disallowed, then Saints looked to be weathering the storm before Marcelo Bosch crossed. Hodgson’s conversion hit the post and that meant the score was 14-14 with less than 5 minutes to go and it turned out that there was simply nothing that could separate the two and that meant that we went to extra time for the first time ever in an Aviva Premiership Final!

The extra time started by trading penalties: Myler and Hodgson both were as cool as cucumbers and the struggle to get anything between the two sides continued. Neither side gave an inch; both continued to put their bodies on the line as if it was the first ten minutes of the game, not the second to last.

Straight after the final break, Luther Burrell gave away a penalty and the experienced Hodgson made no mistake this time when he secured the 3 points for his side. For the first time in almost 45 minutes Saracens had their noses ahead and Saints looked to have their backs against the wall.

After what must have seemed like a lifetime for fans of both sides the decision was made and JP Doyle raised his arm in confirmation of the try, with the clock in the red that was it Northampton Saints were confirmed the Aviva Premiership Champions for 2014.

Once the final whistle had blown the contrasting emotions of agony and ecstasy were plain for all to see. Mark McCall hailed his ‘heroic players’ for their outstanding efforts not only during the final but throughout the year and he cut a lonely figure in the press conference, bitterly disappointed and hurting as much as his players were.

In contrast Jim Mallinder and Tom Wood were on top of the world. Mallinder described a ‘sense of relief’ and made no bones about the fact that winning the Aviva Premiership Title eclipsed the Amlin Challenge Cup Final last week! Tom praised his team mates’ heart and endeavour and dedicated the win to their inspirational and lucky mascot Luis Ghaut.

This year’s Aviva Premiership Competition finished in the most dramatic fashion. It was a match that had everything that you could possibly want from a game of rugby and so much more... the cruelty of sport is that there had to be one loser... Saracens will lick their wounds and come back stronger whilst Saints will party hard and maybe next year they will aim to lift three trophies!

Now all that is left for me to do is sign off from the Aviva Premiership for the year... the competition has given us all so much pleasure and joy and I’m sure that I’m not alone in saying that for a couple of months my life will be poorer without it!

To all the players, coaches and staff at every Aviva Premiership Club, I’d like to say thank you... what a season you gave us and what a way to finish it!