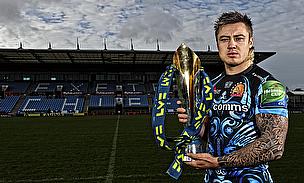 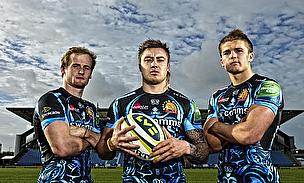 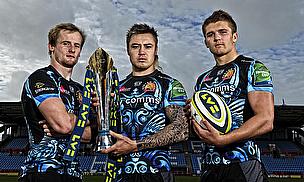 For exciting young talent Jack Nowell of the Exeter Chiefs, the LV Cup has been a “massive part of my development as a player.”

The full-back is tipped to be one of the next ‘big things’ in the Premiership and England rugby, after being named the 2012/13 LV= Cup Breakthrough Player of the year.

After an impressive season in England’s top flight last year, with 11 caps for Exeter, Nowell was selected for the England Saxons squad this summer.

Jack was born in Truro, Cornwall, and was soon drafted into the Exeter academy setup from a young age.
After loan spells at Redruth, Plymouth Albion and Cornish Pirates, mixed with representative caps for England in both the under 18s and 20s sides, the young full-back or centre made his first-team debut for the Chiefs in October 2011.

However, Jack has not made played for Exeter yet this season, after suffering from a knee injury.

He is hoping to make his return to first team action this coming weekend in the first round of the LV= Cup, when Exeter host Harlequins on Saturday.

“I’m so excited for the game,” Jack said. “I can’t wait to just get out their again for my first game of the season.

“I haven’t had a run out yet for a lot of reasons really: I’ve struggled with my knee a bit recently and after being out at the Junior World Cup all summer, it has given me that bit of time to rest and get on top of my knee.”

Furthermore, Jack added that after working his way up ‘through the system’, from academy rugby, age groups, loan spells and England squads; combined “with a good season last year”, he is starting to feel comfortable in the English top flight:

“Obviously with not having a run out so far this season, I’m a bit nervous, but what I think really helped me last year was the amount of games I played in the Premiership with the Chiefs.

“I’ve already been there, but not this season; so I think it’s going to be more excitement than anything; I just want to be able to play in the first team as much as I can."

As mentioned, Exeter’s next game is this Saturday in the opening round of the LV= Cup – a competition known for bringing through emerging talent and helping with the transition of players from academy rugby to the professional level – and Jack maintained that the Cup was “very important to his own development as a player.

“It’s massive! Obviously you’ve got the Premiership week in week out, so it gives some of the senior boys that bit of a rest, but most importantly in the competitions success, I think, is the willingness of teams to put out their younger players, as they try to integrate them into the professional game.

“It’s an opportunity for younger boys like myself to get out there, make a name for themselves and show people what we are all about.”

Jack was awarded the LV= Cup breakthrough player of the year award last season, and the Southern back admitted that “just being nominated for the award was a massive honour for me – but it was fantastic to win.

“To know that so many people had voted for me, was so much bigger, it was incredible; that was really the icing on the cake.”

Before Jack’s time in the Exeter first team, though, he enjoyed a season loan to Championship side Cornish Pirates.

Jack told Talking Rugby Union that the season was another key part of his development as a player, and interestingly, that the Championship was not too different from rugby in the Premiership:

“In some ways, particularly the physicality of the Championship, the level is just as high.

“However, you have top flight players in every single position in the top flight, so understandably the game is a lot quicker.

“Although, as I mentioned, the physicality in the Championship is just crazy; if you get caught in the bottom of a ruck you definitely know about it!”

Another key part of Jack’s development, was his inclusion in age group England teams, before he was recently selected for Stuart Lancaster’s Saxons squad this summer.

Jack added that one of his greatest rugby memories “will always be my first England game, which was against Ireland for the under 18s.

“Personally for me, that was up there as one of the most important achievements in my career.”

In addition to this Jack helped bring the England under 20s side to Junior World Cup success this year, as he scored the first try in the 23-15 victory over Wales in the final.

“The World Cup was amazing; words can’t really explain it.

“To get the try was good, but most importantly was to get the win for the team and lift that trophy at the end.

“The 20s side was massive for me. I was playing with guys of my own age the whole time, and it helped to get me into that England and professional rugby environment. It was an incredible experience.”

On the back of this, after finding out he was a member of the Saxons squad “after looking at the squad list on the internet”, Jack was told his selection was down to “the way he was playing and good performances at the World Cup and at the end of the season with Exeter.

“My inclusion shocked me more than anything. It’s something that I’ve always wanted and obviously I want to try and go as high up the ladder as I can.

“We had our first camp, but unfortunately I couldn’t take part too much because of my knee; so I’m really looking forward to getting properly stuck into it now that I’m fit again.”

However, amongst all the titles and international success, the young full-back maintained that the thing he is most focusing on is his “job at Exeter.

“My main focus is to try and get myself into a position where I am playing week in week out for Exeter, in both the Premiership and the Heineken Cup: that’s what I want to concentrate most on.

“Also, though, I do have the Saxons stuff coming up this winter, so that is another thing I am really looking forward to putting my all into – hopefully I will still be involved.

“But, playing my best each week is all I can ask for.”

Exeter host Harlequins this Saturday at 3 o’clock in the first round of the LV= Cup.