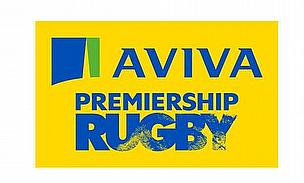 Although it was Twickenham that grabbed this weekend’s headlines, the Aviva Premiership was full of action this weekend.

With the mass exodus of international players from all Premiership sides at this stage every season, the young, emerging talent, or experienced campaigners, get the chance to flex their muscles and show what they can do in England’s top flight.

The seventh round of fixtures kicked off on Friday night in Manchester, under the lights of Sale’s AJ Bell Stadium.

Exeter’s Gareth Steenson guided his side to a close-fought victory on the road, by kicking all 18 of their points.

The visiting fly half landed five successive penalties in the first half, with Sale’s Danny Cipriani replying with two of his own.

Both fly halves traded penalties as the sides returned for the second half, before a climactic finish to the game began.

After a passage of strong play from the Sharks, winger Mark Cueto, and club record try scorer, did what he does best and finished off a great move to touch the ball down for five points.

Cipriani added the extras, but it was just too little too late for the Manchester side, as Exeter managed to hold on for a two point victory.

The win is the Chief’s fifth in seven games, and it sees them move up to fourth in the Premiership table.
Sale recorded a losing bonus point, as they sit eighth in the table.

Sale are at home again next Friday night, as they welcome Worcester to Manchester; Exeter host league leaders Saracens.

Bottom of the league Worcester, still remain winless so far this season from seven attempts, after a disappointing 6-21 home defeat to Bath.

The win saw Bath move up to second in the Premiership (later dropping to third after other results) as they continued their impressive start to the 2013/14 season.

Although the visitors moved away as clear victors at the final whistle, it was a hard-fought game under the Worcester lights in terrible conditions for rugby.

Three penalties from impressive young fly half George Ford put Bath ahead in the first half.

Following on from this Anthony Perensire scored the game’s first try for the visitors, which Ford then converted to create a 16-0 lead.

Paul Warwick managed to close the gap by three points for Worcester with a penalty before the break.

Warwick repeated the same success just a minute after the interval, as he added another three to the home side’s tally.

However, moments later Bath replacement Horacio Agulla went over the line just moments after coming on as a replacement to seal Bath’s victory on the road.

After the game Bath moved up to second in the league, but have since dropped just one place to third. They face London Wasps in the capital next Sunday.

Worcester, now with seven losses from as many attempts, are firmly rooted to the bottom of the Premiership, with just two points to their name; they travel to Sale on Friday night.

Gloucester’s troublesome season continued with a narrow home loss to Wasps on Saturday, as electric winger Christian Wade helped his team to victory with two tries.

The loss was Gloucester’s third consecutive defeat in the Premiership, as they now sit tenth in the league on just 12 points.

The visitors got off to the best start as they turned the ball over on the halfway, and sent the ball wide to Wade, who brushed aside a tackle and sprinted over the line unopposed.

Further tries in the opening stanza from Nathan Hughes from Wasps and home prop Shaun Knight gave the visitors a 17-10 lead at the break.

As the second half got underway the game flipped on its head, as Sione Kalamafoni and Rob Cook scored for the hosts, taking them into the lead.

However, once again, the scores flipped, as Guy Thompson hit back for Wasps, followed by another try for Christian Wade, who took his side into the lead.

Cook crossed again for the hosts at the final whistle, but the late try was not enough to get the win.

Gloucester came away from the game with two bonus points, and director of Rugby Nigel Davies told BBC Radio that their current form is "very frustrating. Things aren't going our way at the moment and sometimes that's the way things are.

"This two-week break will do us good, there's a lot in our game but it's got to be there for forty minutes.

"I said at half-time I was a little disappointed with the energy levels that they showed in the first half. Second half it was different and it made a huge difference.

"I think we are absolutely clear where we need to be, what we need to do and I think this will give us a chance."

"We've got to make this place far more stable than it is for us at the moment and we've got to work to get this crowd behind us early."

Harlequins produced an impressive performance on Saturday to seal victory over reigning champions Leicester in their own back yard.

The home side took the lead first, with two penalties from Owen Williams, but Quins soon hit back through experienced number 8 Nick Easter, who crossed the whitewash to give his side a 10-6 lead at the half.

A further two penalties from Nick Evans sealed the impressive road victory for them quartered men.

A late penalty try was awarded to Leicester, giving them a losing bonus point; however, it was little consolation as the Champions slumped to their second defeat in a row.

Director of Rugby Richard Cockerill told the BBC that "If people run at you and you don't tackle them they win, and that's what happened.

"You have got to defend better than that, certainly in the first half. The sin-binning hurt us, they scored two tries in that period.

"But they ran hard and we did not get off the line and make our tackles. We let them play and they played very well and deserved to win. They wanted it more than us.

"They outplayed us. I am not going to accept that, that is not good enough for us. Some of our defence early in the game was embarrassing. They will see it on Monday, and we have to be better."

Leicester will be looking to get their season back on track next weekend when they welcome London Irish and James O’Connor to Welford Road. Fifth place Harlequins – now one above Leicester – welcome Gloucester to the Stoop.

The encounter was widely anticipated around the Premiership all week, after London Irish’s star signing of Australian international winger James O’Connor on Tuesday.

However, it was not to be the fairy-tale start to life in the Premiership for O’Connor as second place Northampton continued their good form and held off the exiles to win 19-14.

Stephen Myler and Ian Humphreys exchanged penalties at the start of the game, before James Wilson touched down for Northampton to put the visitors ahead.

James O’Connor looked sharp on the day, as he cleverly set up Sailosi Tagicakibau to score for Irish as they went into the half trailing 16-11.

Humphreys replied with another penalty; however, a further Myler kick secured victory for the Saints, who were without five players on the day due to England duty.

The win took Northampton to second in the table, as they sit just two points shy of Saracens. On the other hand London Irish’s poor run of results continued, as they sit in eleventh, with just two wins from seven games.

Elsewhere, debutant James O’Connor said that "the speed of the game was very surprising”, when he spoke to the BBC after the game.

“I thought Super Rugby was fast but I was really blowing out there, that's for sure.

"It felt great. The club and all the boys have been awesome since I arrived and I am really looking forward to my time here.

"I didn't feel 100% and can get better. I wanted to perform. It was one of the best pitches I have played on. It was just a shame we could not get the win."

With the absence of Owen Farrell, away on England duty, veteran fly half Charlie Hodgson made his first start of the season, and guided his side to victory with 18 points to his name.

Phil Godman kicked Newcastle into an early lead; however, the early three points turned out to be the only points for the visitors on the day, as Saracens dominated the rest of the proceedings.

Hodgson first touched down first for Saracens, then converted and added a further penalty to give his side a 10-3 lead at the break.

As the teams joined the field once again after the break, it was the hosts who stepped up their game, running in four unanswered tries to secure a commanding win, and statement of intent for the Premiership title this season.

Although the home side took a while to get into their stride, after missing a number of players on international duty, the London side managed to get their season back on track, with their sixth win in seven games.

The League leaders travel to Exeter next weekend and Newcastle – who are currently ninth in the league – travel to Northampton for another tough fixture.