Luke Treharne: "I want to see us finish in the top ten of the World Series." 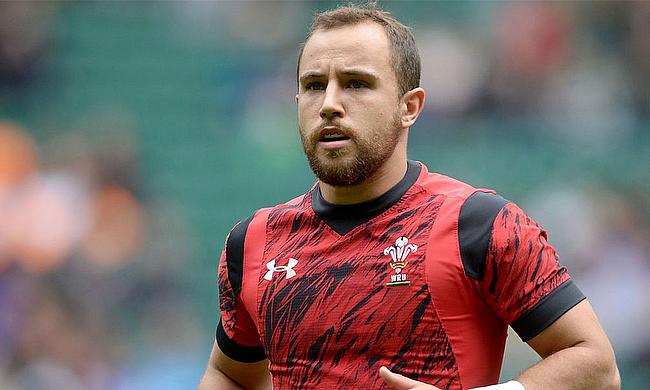 TRU’s Joe Harvey chatted to Wales Sevens star Luke Treharne about the national side and his Olympic ambition.

At 25, Luke Treharne has amassed a mightily impressive CV in Sevens having gathered 328 points on the World Series since he first played for Wales at the 2014 Glasgow Commonwealth Games.

Playing for Samurai International since the age of 17, Treharne went on to represent GB Student’s 7s, Wales Students, Exeter Chiefs 7s and the University of Exeter’s 1st XV.

“Now that I’ve graduated, my plan is to continue playing Sevens up towards the next Olympics. Then I’ll reassess whether I want to start a foundation program as a junior doctor, or to continue with rugby.”

Treharne was actually present when Team GB got their Silver medal at the Rio Games. The 13th man for the tournament, Treharne unfortunately didn’t get any game time in Brazil.

Far from put off by his experience in Rio, the half-back is hoping for another chance in a Team GB jersey: “Personally, I have one eye on the next Olympics and making it into the team.”

However, that is not his top priority. Wanting to see his national side improve on the World Series is his main agenda.

“I want to see us finish in the top ten of the World Series,” Treharne began. “There have been a few changes to the structure of how we get young players involved in our program, so I’m hopeful these will benefit us over the coming season.”

Treharne is one of four professional Welsh Sevens players. The international sevens side is largely made up of young club and provincial players looking to hone their skills on the World Series.

After narrowly missing out on silverware at the 2014 Commonwealth Games, losing to England in the Plate Final at Ibrox, Treharne was again asked to represent his country this year at the Gold Coast games.

With a talented Wales side, including 15’s players Hallam Amos and Justin Tipuric alongside regular sevens stars Luke Morgan and Adam Thomas, the Welsh only narrowly missed out on a medal after losing to Fiji in the closing stages of their final group game. The Fijians would go on to win silver.

“Our last group game against Fiji was one of the most epic games of rugby that I’ve been involved in,” he added. “Unfortunately, we couldn’t quite hold out for the win, but the boys left everything out there.”

In what was a busy year in sevens rugby, the season was ended in San Francisco with the Rugby World Cup Sevens. “Playing at the AT&T Park was a fantastic and unique venue, Treharne said. “The American crowd really got behind the tournament, which was great for us as players.”

The competition had a new format this time around. With immediate knock-out after losing a game, the stakes were much higher. Wales succumbed on the first day of the competition to the USA in just their second match.

“I don’t think that the format of the tournament was a success with most countries,” he said. Maybe if you asked New Zealand or England they might disagree.” Wales went on to finish the tournament in 11th place overall.

Wales will return to the World Series on the 30th of November when the first stage of the 2018/19 competition takes place in Dubai.