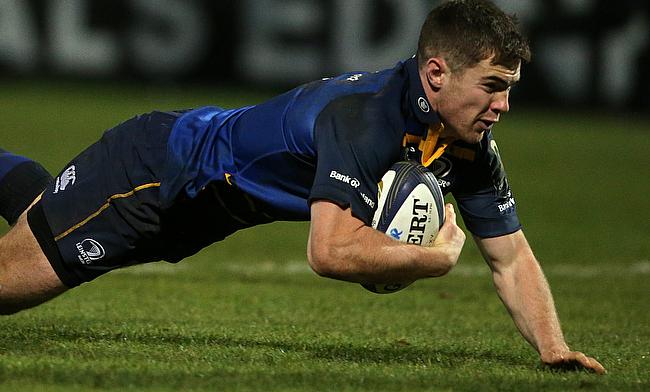 Luke McGrath scored a double as Leinster managed to defeat Ulster 10-25 in their Pro 14 face-off in Belfast on Saturday.

This is Leinster's sixth win of the tournament in seven games as they occupy the second position in Conference B while Ulster are at third.

The Irish derby clash got underway with Christian Leali'ifano kicking a sixth-minute penalty. Replacement Jordan Larmour, who came off the bench in the second minute made a considerable impact with a try for Leinster in the 15th minute but his efforts were negated by Sean Reidy 12 minutes later.

A double penalty from Ross Byrne at the stroke of half time ensured the visitors ended the first half with a 10-13 lead.

Leinster had the first scoring chance of the new half, two minutes in, when they swept downfield only for Jamison Gibson-Park's final pass to Dave Kearney to miss the target.

Now with the breeze, Byrne went for the posts from long range after Ulster were penalised at a scrum but the ball sailed wide to the right.

But a minute before the hour, Leinster struck for their second try. Rodney Ah You spilled a ball and the visitors moved the ball at pace out to the right wing. O'Brien dummied and straightened before giving McGrath the scoring pass to dot down in the corner, with Byrne failing to convert from a difficult angle.

Then with two minutes remaining, McGrath wriggled through the tackles of Ulster substitutes Louis Ludik and Rob Herring to score under the posts with Marsh adding the two points.