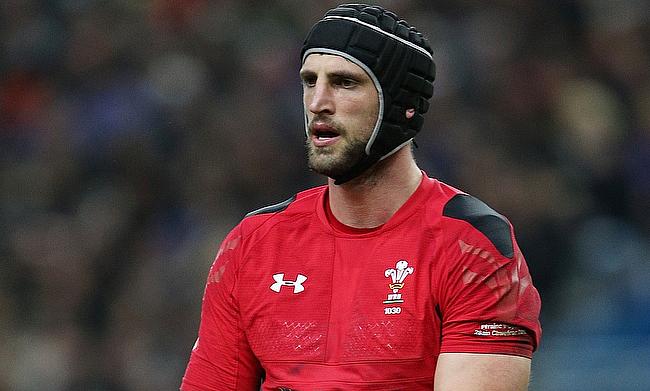 Wales lock Luke Charteris will have the opportunity to lead his country for the first time when they take on the Super Rugby side Chiefs at the FMG Stadium Waikato in Hamilton on Tuesday.

Charteris will form the second-row along with Scarlets lock Jake Ball. Wales have named an experienced front-row, which comprises of Rob Evans, Scott Baldwin and Tomas Francis while Cardiff Blues flanker Ellis Jenkins starts at openside.

Gareth Davies and Rhys Priestland are named at half-back with Scott Williams, along with Tyler Morgan will take up the midfield.

Meanwhile, Wales wing George North's participation in the remainder of the New Zealand is unlikely after suffering a hamstring injury in the first game in Auckland which his team went on to lose by 39-21.

Scarlets fly-half Rhys Patchell along with other replacements Aaron Jarvis and Aled Davies are given a start on the bench.

Wales head coach Warren Gatland believes Tuesday's game will provide an excellent opportunity for the players to cement their spots in the remaining two games against New Zealand.

Having played for the provincial side, Waikato for eight years between 1986 and 1994, Gatland is excited to return back to the region against a formidable Chiefs side.

"Tuesday is a huge opportunity for these players, they have trained hard and are ready to get game time under their belts" said Gatland.

"Coming all the way to New Zealand, it was important we had a big enough squad for the three Tests but also to provide game time for the players on tour and this match gives the players a chance to stake their claim for the final two Tests against the All Blacks.

"We were hosted fantastically well by the people of Waikato in the 2011 RWC, so it's great to be back and to give something back to the region.

“The Chiefs are without a number of their All Blacks but still boost a strong side and from my playing days I know they will be right up for the fixture against a touring nation."

Wales team for the game against Chiefs: