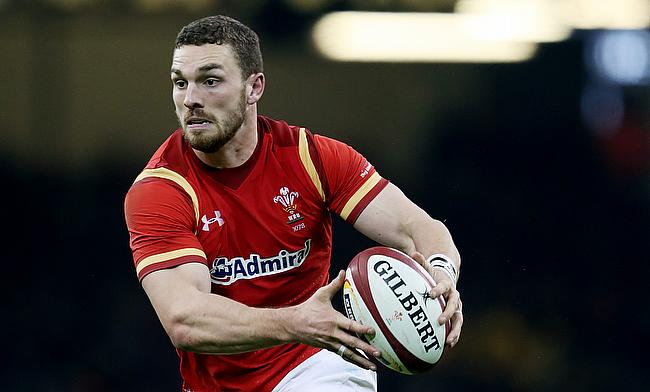 Wales wing George North's participation in the remainder of the New Zealand tour is under a cloud after he sustained a hamstring injury in the first Test in Auckland.

North suffered the injury in the closing stages of the game when New Zealand replacement Nathan Harris completed the fifth try in their 39-21 victory over Wales.

The 24-year-old was seen limping off the field casting heavy doubts on his participation in the remaining two games of the series.

Wales head coach Warren Gatland said after the game that a call on North will be taken after further assessment of his injury on Sunday.

"We are going to assess George's hamstring tomorrow. Apart from that there isn't anything that looks serious,” said Gatland.

Meanwhile, Wales have called-up Ospreys wing Keelan Giles as a standby for North.

Giles, 18, is currently competing in the World Rugby U20 Championship in Manchester where he scored a brace of tries in the opening game against Ireland.

Giles will be heading to New Zealand along with Scarlets fly-half Rhys Patchell, who will remain as a cover to full-back Gareth Anscombe following his hip injury during the game.

Wales had a phenomenal first-half having New Zealand under pressure with a lead of 15-18 but the All Blacks came back like champions scoring three converted tries in the second half and a penalty to take the game away from Gatland's men.

Despite the defeat, Gatland said he was proud of his team's effort and believes the three-Test tour will be a big learning experience for his squad.

"We will have learned a lot from that game and be better for it next week. It is the learning you take from playing against the best team in the world.

"We feel we get better the longer we are together. They get to experience a lot more games than us at that level of intensity and they are more familiar with it. We were blowing a bit and they just kept coming.

"There were a lot of positives to take out of that game. There were some lovely breaks. I said we had to be brave and be bold and we did that. We played some rugby. A couple of tries we scored were outstanding and we could have scored a couple more."

New Zealand coach Steve Hansen admitted that they were outplayed for most parts of the game but lauded his team's ability to stage a comeback under pressure.

"It wasn't perfect for large parts of the game but I'm pleased with how we kept our cool under pressure in a very good match.

"It was to be expected that we would be rusty in our first game since winning the World Cup and we have had massive changes.

"There are people out there who have answered a lot of big questions. And the biggest question they have answered was that they can react when put under pressure. They kept their self-belief, listened to the leaders and didn't get rattled."