Hull Ionians relegated from National One 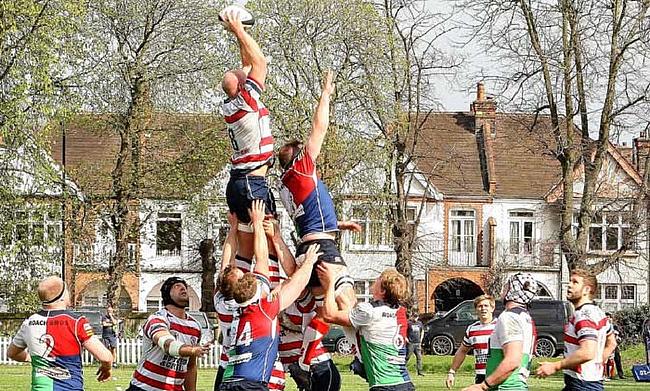 Hull Ionians have been relegated from National One and will be returning to National Two North for the first time since 2015.

A defeat at newly crowned champions Coventry confirmed their fate while Loughborough Students and Rosslyn Park survived the drop.

The Students claimed a bonus-point in defeat against second placed Darlington Mowden Park and Rosslyn Park thrashed Old Albanian at the Rock.

Elsewhere on the final weekend in National One, Ampthill and District strolled to success against Birmingham Moseley and Plymouth Albion kept their top three ambitions alive with a win at Blackheath, while their were victories for Esher, Bishop's Stortford and Cambridge.

Hull Ionians have been relegated from National One after they were beaten by newly crowned champions Coventry at Butts Park Arena.

The I's needed to pick up three points or more to stand any chance of staying in this division, but Cov proved too strong as first-half tries from Will Maisey, James Stokes, Scott Tolmie and Pete White put the hosts in control.

Never before has a team with so many points been relegated from this league...onwards and upwards @Ioniansrufc #Nat1 #Nat2 #rugbyunion https://t.co/x9G98Mv42M— Monique Crockett (@byMonique_) April 28, 2018

Scores from James Tincknell and David Laverick left Hull 12 points behind at half-time, only for Rob Knox to scoot over to make it 33-14.

Sam Wilson crossed on 73 minutes to give Hull hope, but there was no denying Coventry as Max Trimble secured the win to conclude a wonderful campaign for Rowland Winter's side while Hull Ionians will be plying their trade back in National Two North.

Loughborough Students will be playing National One rugby next season, despite losing to Darlington Mowden Park in Round 30

The Students had to match or better the result of Hull Ionians to avoid relegation and with the I's losing, Alan Buzza's men clinched safety for another year.

Garry Law's converted score cut Loughborough's lead to one point at the break before both sides exchanged penalties shortly after the interval.
Alfie Barron and Callum Mackenzie put DMP in front with tries either side of a Waters penalty and the Loughborough fly-half landed another penalty to claim a losing bonus-point as the Students ensured their survival.

Ampthill and District took another step towards finishing the National One season in third place after a five-tries-to-one drubbing of Birmingham Moseley.

The A's are now eight points clear of fourth placed Plymouth Albion, but the south-coast side have two games in hand to come at the start of May.

However in this contest, braces from Sam Baker and Syd Blackmore plus a score from Karim Lynch ensured the victory for Ampthill. Forward Ciaran Moore scored Moseley's try in the first-half.

Plymouth Albion ran in five tries to defeat Blackheath in an ill-disciplined contest at Brickfields.

In terms of the league standings, Albion are now eight points behind third placed Ampthill and District with their games in hand against Loughborough Students and Rosslyn Park still to play.

Plymouth had led this encounter 10-0 at the break before clicking through the gears after half-time.

Dan Pullinger added to first half scores from Jamie Salter and Lewis Pearson and, along with a double from Dean Squire, victory was sealed.

Harry Fry went over for Blackheath in a game which saw five yellow cards produced and one red, which was shown to Albion's Eoghan Grace for contacting a player's face.

Esher ended the season with a bonus-point victory as they scored four tries in a convincing win over Old Elthamians, who finished their maiden campaign in National One in sixth place.

A Basil Strang penalty helped the visitors into a 3-0 half-time lead before scores by Andy Garner, Joe Beckett, Cal Monks and Cam Leigh made it comfortable for Esher.

Paul Roberts also kicked a penalty as the Surrey-based side completed the season in ninth place.

George Cullen kicked 13 points as Bishop's Stortford beat Caldy to finish their first ever term in National One in the top half of the table.

Stortford led 12-6 at the break thanks to tries from John Neville and Sam Winter while Cullen's opposite number, Ben Jones, landed two penalties.

However, two more penalties from Cullen and a converted James Rea try was enough to clinch a top eight finish for Stortford, despite Dickinson's second score four minutes from the end.

Cambridge gave departing Director of Rugby Ross Stewart the perfect send off as they secured a comfortable home victory over Fylde.

Stewart will be replaced by Richie Williams for the start of next season, but there was one last triumph to savour at Volac Park.

Harry Morley was the star of the show as he scored a hat-trick while Archie Russell's effort and a penalty try completed the win for the Blood and Sand, who end the campaign in 10th place.

The ever reliable Tom Carleton touched down for Fylde.

Rosslyn Park secured their safety in National One for another season by scoring nine tries in a thumping victory over Old Albanian at the Rock.

Park had the bonus-point in the bag before half-time thanks to tries from Nick Lovell, Adam Bellamy (2) and Rhys Crane.

????: Take a look at the highlights of our fantastic last home game of the season against @Old_AlbanianRFC! Thanks to @WMuggleton for making these videos pic.twitter.com/IbfYfJtnue— Rosslyn Park (@rosslynpark) April 30, 2018

Further scores after the break from Benji Marfo, Hugo Ellis and Henry Spencer completed a dominant afternoon for the hosts.

OAs went over from close range in the first period before Ollie Morris darted over after the interval for Gavin Hogg's side, who will be back in National Two South next year.