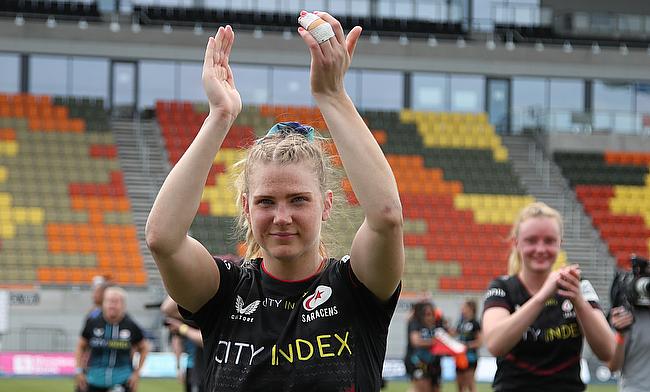 When Saracens subjected Harlequins to a 30-10 loss in the Allianz Premier 15s semi-final, it was clear that Alex Austerberry’s team had thoughts of last year’s defeat to their London rivals firmly in mind.

As Sarries’ captain, Lottie Clapp had experienced little other than success when it came to crunch time - having won the competition in 2018 and 2019 - but 12 months ago, she was on the wrong end of the scoreline.

Beating Quins in the two finals that had preceded last year's at Kingsholm, Saracens are now preparing for the showpiece event once more after a brace from Poppy Cleall, tries from Marlie Packer and May Campbell and the boot of Alev Kelter helped them to that aforementioned 30-10 victory earlier this month.

“It was a really horrible feeling to have lost [last year], especially when we had been winners for two consecutive years, and top of the league table the year that the league didn’t finish because of Covid,” Clapp said.

“To have gone through the year as we did, get right to the end of it and not perform, I think that’s what hurt the most. As a team, we knew that we didn’t perform in the way that we could have.

“It wasn’t so much the losing, it was knowing we hadn’t done our best which really got to us, and in the circle, there wasn’t a lot to say other than it was what it was and that the next year we needed to be better.

Thanks to their win, Saracens became the only team to have made every final since the Premier 15s was first introduced in 2017. In the latest instalment of the league, there has been a noticeable shift in the level of competitiveness throughout the competition.

This has been seen by the continued rise of Saracens’ fellow finalists, Exeter Chiefs, while Bristol Bears turned their fortunes around with the recruitment of Dave Ward as coach, along with an influx of England internationals that took part in Quins’ title-winning heroics.

Although the season has ended, clubs are already establishing their intentions for the future, with Gloucester Rugby confirming an “significant” increase in funding for Gloucester-Hartpury, who placed sixth this season. 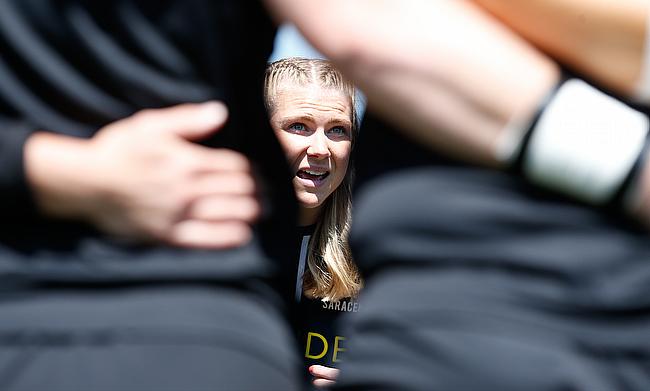 You then add to this the importation of athletes from overseas with their own domestic competitions still suffering a hangover from the global pandemic and in the eyes of Clapp, that is very much to the advantage of the English top-flight.

“I say this absolutely every single year, but every single year it [the Allianz Premier 15s] makes progress as a league,” Clapp said. “Teams get stronger. I think we have been really lucky this year to get all the international players to come over and join the league that we have.

“That as a whole has made different sides stronger, which means it is not only the top two now, it is the top three, four, five and six that are fighting for spots.

“The fact that it has taken until the last league game to be played to find out who was in the semi-finals and who everybody would be playing just shows the competitive nature of the league now, which is really fantastic and really promising to see the direction that women’s rugby is going in.”

For Clapp, her commitments are eased in some ways by it being half-term this week. Speaking to TRU in that brief respite between finishing work, eating dinner and then making her way to training, thoughts are firmly on the team’s encounter with Exeter at Sixways on Friday afternoon.

Having had a session on Sunday, as well as a BBQ, the team will then spend more time on the training field in midweek prior to heading up to Worcester on Thursday. Actually getting the opportunity to have a captain’s run that day, the two-time champions will be hoping all their preparation adds up to success.

Facing off with Susie Appleby’s Exeter on two occasions so far this season, it has certainly been a mixed bag for Clapp and her teammates. Picking up a 32-19 win at the start of the campaign, they then experienced a 54-12 loss in the penultimate round of action so the 27-year-old is anticipating a hotly contested tie between the sides.

“I think it is really great that we are playing a different team in the final this year,” Clapp said. “That, again, does huge amounts for our league, the way in which it is not another Saracens-Harlequins final.

“It will show people that there are different teams competing for that top spot now and the standard has gone up. Exeter are a fantastic team. It has been a strange one coming up against them because it feels like we played them in completely different seasons.

“One game was five rounds into the season and then the second to last game. It was a huge gap between playing them, so it will be really interesting having the final against them. It is going to be a tight game, and that is what you want in a final, so it is going to be some really great rugby to watch.” 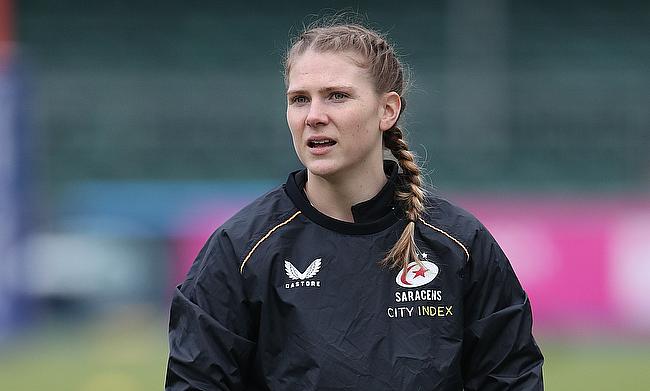 After the final this Friday afternoon, Clapp’s attentions will turn to the Test match arena. In March, the former England international switched allegiances to the USA following World Rugby’s Regulation 8 birth right transfer.

Capped for England at both the 15s and sevens level, she hasn't represented the Red Roses for over 36 months so Clapp turned to the USA thanks to her mother’s American heritage.

“I always want to play rugby at the highest standard I can and playing for England was a huge privilege and I absolutely loved my time with England, however over the past few years I haven’t been selected and that just kept on going on every year,” Clapp said.

“It looked less and less likely that I was going to get a phone call or get looked at by England. When it came to my knowledge that I was able to change to the USA, I just thought ‘why not?’.

“If it gives me the opportunity to play rugby at the highest level, and to achieve something amazing, then why would I let that opportunity pass? So I decided to give it a go.”

Called up to a USA Falcons XV that gathered in Llanelli to play a game against a newly professional Wales outfit, Clapp started in a team that was comprised solely of Eagles plying their trade in the UK and Ireland.

Skippering the side, Kate Zackary [Exeter Chiefs], scored two tries on the way to a 31-23 win at Parc y Scarlets for Rob Cain’s side, Clapp setting up a try for clubmate Kelter in an enthralling tie between the two sides.

Not alone in having an English accent in camp, Clapp was joined by Sale Sharks flanker Georgie Perris-Redding, the 24-year-old in the squad thanks to her birth across the pond.

“I couldn’t have asked for a better first week with the girls,” Clapp said. “They were super welcoming from me getting there, not having been there an hour and I had already met pretty much everyone.

“They were all asking me how I had the link. They just wanted to get to know me. It is nice having that link straight away, having seen the girls and having played against some of the girls, knowing them from a rugby perspective, but getting to know them as people was really lovely as well.

“They are a great group of girls, they are great fun, really kind, really lovely and great rugby players. The game against Wales was a really great introduction to it because of the aspirations that everyone has on the team.”

Pooled with Canada, Italy and Japan for the upcoming Rugby World Cup in New Zealand, there is much for Clapp to be looking forward to in the months to come.

As a result, the wing will be doing everything she can to warrant a ticket on a long-haul flight to the other side of the globe.

“I have got a few more games of rugby to get through and a preseason and selection to get through, so there is a lot to happen before that,” Clapp said.

“But that is definitely in my eyes, in the horizon and an aspiration for me. I have always, throughout my whole rugby career, had a dream of wanting to go to a World Cup so it is definitely on the cards, but I have got to make sure that I put in the hard work in order for there to be a chance of me getting there.”