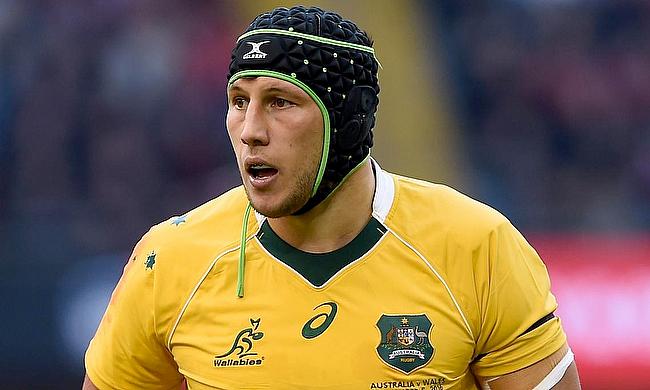 London Irish have strengthened their squad further ahead of their Premiership return with the signing of Australian lock Adam Coleman.

Coleman has featured in 31 Tests for the Wallabies since making his debut in 2016 and is the son of former Tonga international Pau’u Afeaki.

The 27-year-old made his professional rugby debut with Waratahs in 2013 and played for Western Force between 2014 and 2017 before joining Melbourne Rebels in 2018.

He becomes the fourth international player to be signed by the Exiles in recent times after Sekope Kepu, Paddy Jackson and New Zealand's Waisake Naholo.

“I’m really looking forward to joining London Irish,” he told the official website of the club.

“It’s been clear talking to Declan and Les that they’ve got big ambitions for the club, and as well as a good squad already in place, they are making some exciting signings as well.

"The plans for moving back into London look really good as well, and it will be a privilege to be a part of that journey.

“Before I move to London I’ll be fully committed to having a good Super Rugby campaign in Melbourne and hopefully helping Australia achieve success in the World Cup.”

London Irish director of rugby Declan Kidney was pleased with the signing and is confident that Coleman's experience with Australia and in Super Rugby will benefit the club.

“We have a strong set of forwards, but know that we need strength in depth if we want to be competitive. Adam is a quality player and we’re delighted he has chosen to come and join London Irish.

"We are looking forward to welcoming him to Hazelwood later in the year."