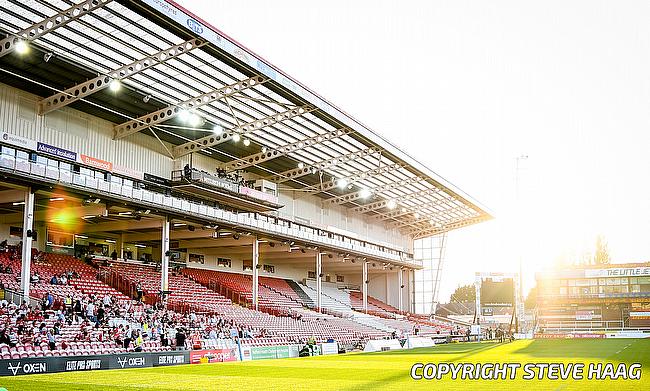 Gloucester Rugby have announced Lloyd Evans has signed a new contract with the Gallagher Premiership club.

A product of Gloucester Academy, Evans made his senior debut with the club in 2013 and has gone on to make 60 appearances with the club.

Even though he had a promising start to the 2021/22 season, the 26-year-old sustained an injury that cut short his campaign.

Gloucester head coach George Skivington is delighted to have Evans extending his stay at Kingsholm.

“I’m really pleased that Lloyd has decided to sign on and stay here at Kingsholm," he told the club's official website.

"He is a hard-working member of the group and with the ability to play fly-half and fullback, is a key member of our squad.

“Lloyd has been working really hard off the field over the last few months and I can’t wait to see him get back out on the pitch next season.”

Gloucester finished the 2021/22 season of the Gallagher Premiership at fifth position after managing 13 wins from 24 games.