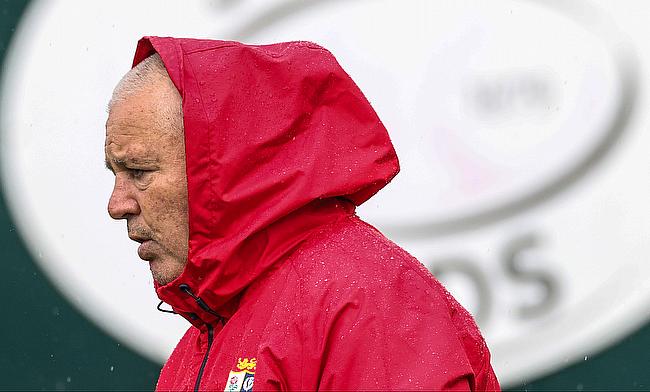 Former Ireland international and referee Alain Rolland has slammed the recently concluded series between South Africa and British and Irish Lions describing it as a 'poor advertisement for the game'.

While the Lions started the contest with a 22-17 win, the Springboks managed to make a comeback winning the last two matches with a 27-9 and a 19-16 margin to claim the series 2-1.

The game plan from both the sides were widely criticised with All Blacks coach Ian Foster describing it as a 'slugfest' and accused both the sides of playing very cautiously.

Writing in his exclusive column for dalymail.co.uk, the 54-year-old, who refereed in the 2003, 2007 and 2011 World Cups criticised the teams for being very defensive.

"It doesn’t mean you want to see 50 tries over the series but we should at least hope for seeing the ball in play, players breaking the lines, putting good defences under pressure.

"Cheslin Kolbe hardly saw the ball. When he did, he scored. You have to ask: what is the point of having world-class players and not trying to use them.

"When there is so much at stake, as there always is during a Lions series, you rarely see free-flowing rugby. Teams are more afraid of making mistakes than wanting to go out there and express themselves."

Rolland also said the off-field issues especially involving Rassie Erasmus where he came up with a 62-minute video criticising match officials after South Africa's defeat in the first game was something he has 'never seen before'.

"This whole series — both on and off the field — has been a poor advertisement for the game of rugby. Something that promised so much, delivered so little. Across the three games, it was hard to watch at times.

"A lot of the stuff that happened off the field, the controversy of Rassie Erasmus as the water boy, the questioning of the officials, was just a sideshow. The hour-long video criticising decisions was something I had never seen before.

"Why did it happen? Because his team lost. It’s done to deflect attention and to take pressure off your own players and put that pressure elsewhere."