Kicking the winning points against Lions was 'special' - Morne Steyn 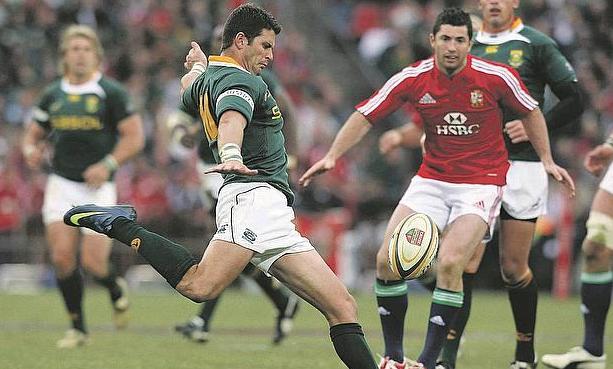 South Africa fly-half Morne Steyn described the winning kick that guided the Springboks to a 2-1 series victory over British and Irish Lions 'was special'.

Steyn was the hero for South Africa during the 2009 series win over Lions as his penalty kick in the added minutes steered his team to a 28-25 win in the second Test as they claimed the series.

After 12 years, the spotlight was once again on the 37-year-old Steyn, who came off the bench in the 65th minute in the third and deciding Test against Lions in Cape Town on Saturday with the situation tailor-made for the veteran fly-half and he did not disappoint as he slotted a three-pointer two minutes later to put the Springboks into a 16-13 lead.

However, Finn Russell responded back with a 75th minute penalty to level the scores and with the series on line, Steyn kicked a nerveless decisive penalty with two minutes left in the game to hand a heartbreak to Warren Gatland's men.

“To be part of this series 12 years later and to kick the final penalty from almost from the same position – just a bit closer for the old legs – was special,” said Steyn after the game.

“Luckily it went over and it was a great day for South African rugby.”

Comparing the two moments, Steyn said he was relieved to have the distance closer than 2009 considering he has got old.

“But it was exactly the same situation – with the scores level and we had to get the winning kick to win the series.

“It was a bit better [easier] for the old legs.”