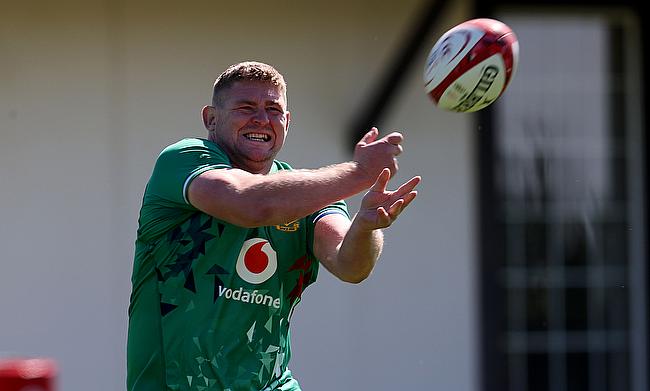 It was on the British and Irish Lions tour of New Zealand that Tadhg Furlong emerged as one of the game’s true characters.

Most of this had to do with the Leinster prop’s father, a man who refuses to get a mobile phone. A former prop too, James Furlong, was seen mimicking the actions of his son in New Zealand at scrum time and has warranted a number of articles himself.

Having not followed a traditional path to the top of the game in Ireland, for a while Furlong’s primary interest was in hurling and Gaelic football.

Not going to a rugby playing school, St Augustine’s and Good Counsel College biggest sporting superstar up to that point being former Premier League footballer Kevin Doyle, the tighthead prop’s progress was done at New Ross RFC and Clontarf before making his debut for Leinster.

Very much the modern-day prop, Furlong combines his strong scrummaging with a range of side-steps and a good pair of hands, the 28-year-old has more than double the international experience that he had four years ago and will be one of the leaders for Warren Gatland in South Africa next month.

Currently in Jersey with the other available members of the Lions squad, Furlong and his newest teammates are getting the basics right against a South Africa team whose scrum was the reason the side won the World Cup in 2019.

Having to learn new calls and get to grips with different players, Furlong says that the adjustment to a new system is the thing that takes him the longest to get aligned with.

“Scrum is probably the one that hits me most the be honest, because everyone does it a little different,” Furlong said. “I always feel like you have to be more comfortable in there, I suppose because it is a non-thinking thing.

“It needs to be quite simultaneous, muscle memory, feeling comfortable and knowing where you are at, and it just takes a little bit of time.

“We have done a fair few setups and stuff like that, we’re not the finished article by any means, but it is on the players really to be a bit open about what they are doing, what they are trying to achieve when they are back in their countries or provinces and just try to get everyone on the same page.

“I suppose it is just a little bit of give and take with everyone in that. I would argue a lot of teams do the same thing anyway, in terms of the scrum it’s the conversations between the front three and your connection with your back row, that’s the really important bit and you’re comfortable a bit in the scrum.

One of just three returning props to the Lions setup, Furlong is likely to form a tandem with Kyle Sinckler again, the Bristol Bears prop called up after injury to Andrew Porter.

Scotland’s Zander Fagerson is the third tighthead prop on tour, whilst Rory Sutherland (Scotland) and Wyn Jones (Wales) will be battling it out for a position as Mako Vunipola’s understudy at loosehead.

It is at lock where the majority of the touring experience comes from, Alun Wyn Jones skippering the Lions on his fourth tour, with Maro Itoje, Courtney Lawes and Maro Itoje all having gone to New Zealand.

Working with his Leinster coach, Robin McBryde, whilst with the Lions, Furlong says that all the players have been collaborating in order to prepare in the best way for the tour of South Africa, even if there is a perception that the players are in hot competition with one another.

“You are competing, of course you are, but you are also wanting the team to do well,” Furlong said. “We have a lot to learn, in terms of lineout, set piece, attack, defence and you are all trying to get on the same page and help each other out, especially in these early days.

“We’ve been picking at some of the Scottish boys about Gregor, how he wants us to attack and likewise with Robin McBryde with me in the scrum. You are competing, but you get plenty of reps, you’re not trying to do the other fella over.”

On Friday afternoon, the Lions hosted an open training session at the Stade Santander, with several hundred of Jersey’s natives making their way to the venue in the pouring rain to see the side’s preparations in person.

How much would you need to be paid (tax free ??) to attempt to tackle @tadhgfurlong?! ??#LionsRugby pic.twitter.com/HHPetzpVc2

Hearing that buzz around the hoardings is something that the players will have to get used to for just the one week, their test against Japan coming up next weekend in front of 16,500 fans at Murrayfield. This will be the biggest attendance for a rugby match in the UK for 16 months, the Premiership Final at Twickenham only admitting 10,000 spectators for that game.

Japan were of course originally set to take part in the Autumn Nations Cup at the end of last year before being backing out as a result of the global pandemic. Having had an extremely good World Cup on home soil, it is clear that Jamie Joseph’s side need regular playing time against tier one nations and there is an appetite from organisers to include the nation.

Both Ireland and Scotland were in Japans pool some 18 months ago and each side was well beaten by their hosts, making it clear that the encounter in Edinburgh will surely be a full-blooded test and a first chance for these new Lions to impress with the Premiership stars otherwise engaged.

“It’s a good steppingstone for us,” Furlong said. “You think, we have a two week build in, we are trying to put the foundations of our game together at the minute and it is a hit out, we’re trying to perform and see where we’re at.

“It is a good acid test for us to see what we have learnt. Obviously the full squad isn’t together for the game, but there is a group of lads here who, after putting in two good weeks at that stage. It is a big challenge.

“Japan, we (Ireland) know ourselves, and Scotland themselves, from the World Cup, are a bloody good team and they will definitely test us.”