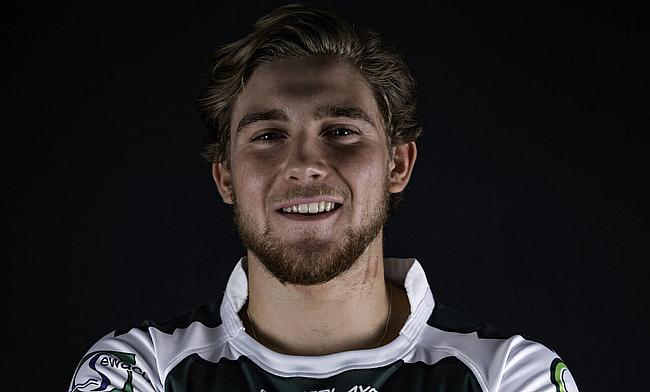 It was three weeks ago that the University of Nottingham’s tie with Northumbria University in a BUCS Super Rugby play-off was confirmed.

Taking part in a thrilling encounter with Newcastle University, Paul Westgate’s side edged the northerners to pick up a 30-25 win in the East Midlands, lift the BUCS Vase and begin preparations for a decisive day at Kingston Park.

Northumbria finished at the foot of the BUCS Super Rugby table, ending their campaign with seven league points. Nottingham, in the meantime, have been flying high all year, topping the Men’s Premier (North 1), their opportunity to make the top-flight coming as a result of their league form.

With one game sitting between the team and a spot in the top tier of university men’s competition, Lewis Barrett sits on a Zoom call, the final training session ahead of a bus journey up to the northeast firmly on his mind.

On the precipice of this significant achievement, the reason as to why this group of Nottingham players are rivalling for a place in BUCS Super Rugby is, in the view of Barrett, down to the team’s culture.

“Because of Covid, we had nothing to do, so we probably saw each other all the time, especially living in these houses where everyone is so close.

“We got to know each other a lot more than if we were at the club. I think that was a massive thing for us, that helped the beginning of where we are at now.”

Whatever comes at the conclusion of Wednesday afternoons game, ‘uni of’ will have certainly put themselves back on the map.

The proving grounds of former England and British and Irish Lion, Brian Moore, in recent years it is Nottingham Trent that has become more renowned for its rugby programme.

But as a result of this bonding between the group, including a consistently high standard of coaching, is what is pushing the group to new heights, this seen in the team’s victory over Newcastle nearly a month ago.

“Boys just get on with each other really well, and I think that sometimes in a team you can have the best players, but if you don’t enjoy with each other and not training for each other, ultimately you are not going to get anywhere,” Barrett said.

“The second part of it is how good some of the boys are, and the coaching from Paul [Westgate], Jamie [Barden, England Sevens] and Nathan [Smith, Doncaster Knights forwards coach], who comes from Doncaster to help us out.

“They have just made it a pleasurable place to learn and when we beat Newcastle, which was a tough game that could have gone either way, it was the boys that stuck in it the most that came out on top.

“When you are good mates with everyone in the squad, you are not going to give up.”

Now in his third year of his Criminology and Sociology degree, Barrett’s time at university has been interrupted by a global pandemic, but he has made the most of every experience that has come his way.

Coming to Nottingham off the back of two injury-ravaged years whilst in the Academies of both Saracens and Wasps, the back-row forward has certainly enjoyed all that the East Midlands has to offer.

Born and raised in Essex, his rugby beginnings were at Westcliff RFC, his time in the county setup the prompt for Saracens to come calling, as well as a scholarship at Berkhamsted School in Hertfordshire for his A-Levels.

Describing his injury issues as having “ruined” his chances of gaining a full-time Premiership contract at 18, Barrett is honest in saying that he probably wouldn’t be at university if it wasn’t for that fact. But as we all know, as one door closes, another opens.

Instead of playing in Academy fixtures, during his freshers season the forward was playing in green midweek before making his way back home and turning out for Westcliff during their first season in National 2 South.

This season, playing BUCS rugby has been a rare pleasure for Barrett who has played the majority of his rugby for Nottingham RFC in the Championship, his cameo off the bench against Newcastle University his first involvement at BUCS level since November.

Having been put in contact with Nottingham’s Head Coach, Craig Hammond, by former Wasps and London Irish wing, John Rudd, Barrett made his way down to Lady Bay to take part in the preseason.

Across the recently completed Championship campaign, Barrett made just shy of 20 appearances and was on the bench for last Friday’s cup game against Bedford Blues.

“All of it is just a mad experience if I am being honest,” he said. “We went down to Scarlets and it was unbelievable in preseason.

“I had never played in front of that many fans in a preseason game, that was quality for me, and it is something I’d like to go to.

“I am grateful for where I am, but I am still building towards getting that Premiership spot. That is what I am working towards and at Nottingham, they are really good at trying to make that achievable.”

It is well known that the link between the Championship and Premiership is a strong one, with plenty of players having travelled between the two in the pursuit of professional rugby.

Roads from Nottingham to Wasps and Leicester Tigers are long-established ones, with the likes of Alfie Barbeary, Tom Youngs and Dan Cole having called Lady Bay home at one point or another during their careers thus far.

Leicester and Nottingham announced a formal agreement between the two teams, sharing resources and allowing for developing Tigers to get game time.

There has also been the opportunity for some of Craig Hammond’s players to play at Mattioli Woods Welford Road in Prem Rugby Cup ties, with Josh Poullet and Scott Hall having played under Steve Borthwick this season.

Then, playing alongside the likes of former Premiership players Carl Kirwan, Josh McNulty, David Williams and Charlie Thacker, as well as loanees Joe Browning, Lewis Chessum and Emeka Illione, gives Barrett the perfect fountain knowledge to learn from in order to achieve his ambitions.

“The good thing about the Champ is that it is pretty diverse,” Barrett said. “You have got ex-pros that come down, boys like myself that are trying to go up, boys on loan, and they all offer something different.

“The back-row boys that are ex-Prem, they are always helping me learn and I just think that everyone has their different ability to help in the squad and people will offer different things.

“You just try and keep up with them and see what they do differently to you. If it happens, it happens. I will keep on working towards it.”