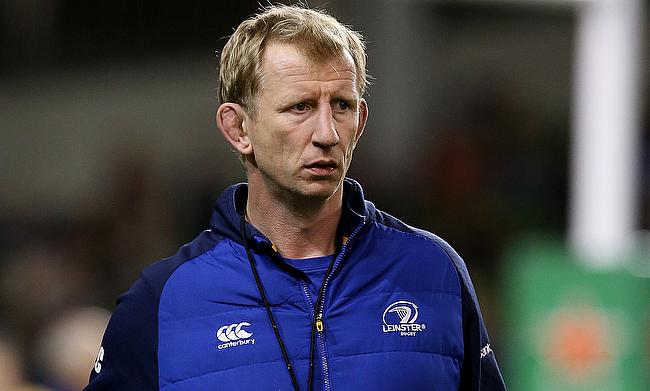 The 44-year-old had signed a new one-year contract in May last year and now has extended by another term until the end of the 2022/23 season.

Cullen, who had racked up 140 appearances for Leinster during his playing career, first joined Leinster as forwards coach in 2014 before taking in charge of the club in 2015.

During his tenure, Leinster have gone on to win a Champions Cup and four Pro14 / United Rugby Championship titles. He was also named the Pro14 coach of the year in 2018.

“It’s great that Leo has again extended his contract to remain in his role with Leinster Rugby," said IRFU Performance Director, David Nucifora.

“The combined strength of Irish Rugby lies in the cohesion and alignment we have with our provinces and with our pathways. Stability in our coaching ranks is a key part of what underpins Irish Rugby.”

Leinster Rugby CEO Mick Dawson said they had high praises for Cullen and his contribution to the club.

“We offered Leo a two-year contract last year but were very happy to work with Leo to make the situation work for him. It was always our intention, all going well, that we would sit down again and agree to the second year and that has been the case. It has been very straight forward thankfully.

“I’d like to thank Leo for his work and his dedication and indeed thank his wife Dairine, and his wider family, for the support they give to him in allowing him to be the coach that he is.

“The job that Leo has done in his time as Head Coach has been excellent and he has with him, a group of coaches and staff, that contribute and drive the standards that we have here today at Leinster Rugby. They have created a hugely positive environment for the players over the last few years to perform to the best of their abilities."