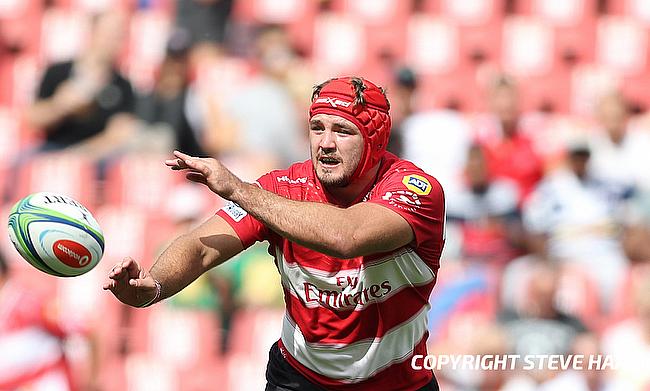 Cyle Brink has been with Lions since 2016
©Steve Haag

Leicester Tigers have confirmed the signing of Lions flanker Cyle Brink ahead of the 2020/21 season.

Brink made his professional rugby debut with Currie Cup side Golden Lions in 2014 with his Super Rugby debut for Lions coming two years later.

“Tigers is a club I have always been interested in and, I knew if I ever went over to Europe, Leicester was always one of the clubs I would have wanted to play for,” Brink said.

“I am keen to come over and keen for a change.

“I am excited for the different style of rugby and what I can add at Leicester Tigers.”

The 26-year-old represented South Africa Under 20 squad that competed in the 2014 IRB Junior World Championship where they finished runners up.

“Cyle [Brink] is a physical, athletic and exciting talent, who can play across the back-row,” said Murphy.

“He has stood out for the Lions in the competitive environment of Super Rugby and Currie Cup over recent seasons and we look forward to welcoming him to Leicester ahead of next season.

“Cyle will add valuable depth to our back-row stocks, which will only see the competition for places in the side upped.”

Leicester Tigers are positioned 11th in the Gallagher Premiership table after four wins from 13 games.