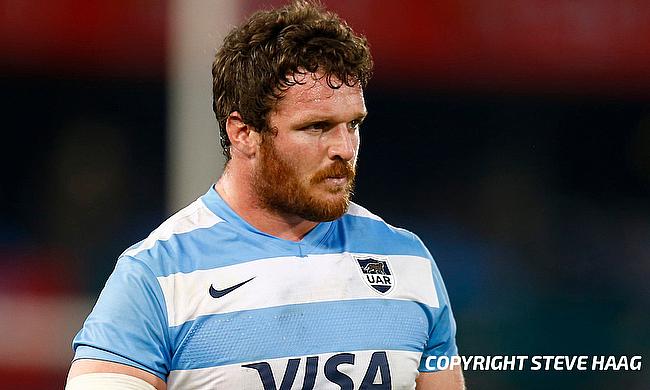 Julian Montoya has played for Argentina in 63 Tests
©Steve Haag

Leicester Tigers have confirmed the signing of Argentina international Julian Montoya on a multi-year deal.

The 27-year-old will be available for the Tigers for the remainder of the ongoing 2020/21 season. He started his senior career with Club Newman in Buenos Aires in 2013 and a year later joined Pampas XV.

He has been part of Super Rugby side Jaguares in 2016 and played four seasons with them including the 2019 season where they finished runners-up losing the final to Crusaders.

“Julián is a world-class front-rower, with an impressive rugby resumé who will bring vital depth to our squad," said Leicester Tigers head coach Steve Borthwick.

“He joins us off the back of an impressive showing for Argentina in their recent series against the All Blacks and Wallabies, where he was one of the Los Pumas’ best throughout their record-breaking campaign.

“Julián is a tough, hard-working and no-nonsense hooker who we are confident will be a strong inclusion to our front-row ranks at Tigers and the type of character we want at our club in Leicester.”

The 6ft hooker went on to make his international debut for Argentina in 2014 and has gone on to play 63 Tests including 11 appearances in the 2015 and 2019 World Cups combined.

“I am really, really excited about this new adventure. I love the Premiership, it’s one of the best competitions in the world, and I am really excited to be at a club with the history of Leicester Tigers.

“There is a new staff, new players and a lot of experience across the squad, on a path to be a successful team again.

“I am looking forward to being a part of it and giving my best for the team and the club.”

Leicester Tigers are positioned sixth in the Gallagher Premiership table with three wins and defeats apiece from six matches.