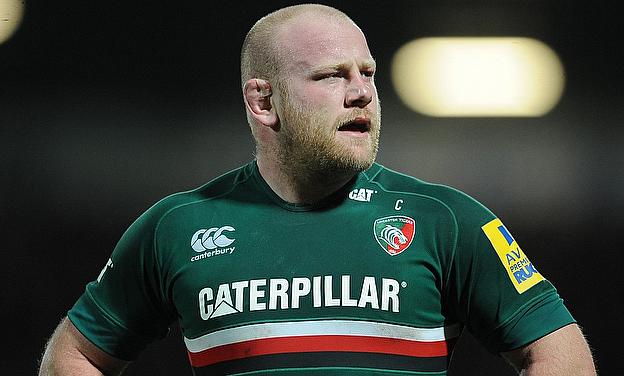 The Tigers have sought to tie down the front-row trio, who have made over 400 appearances for the club between them and have a combined 120 international caps.

"It is great news for us that Marcos, Tom and Dan have all agreed new contracts with the club," said Leicester director of rugby Richard Cockerill.

"They are all genuine world-class players in key positions in the team and they are important parts of the senior core to the squad."

Youngs and Cole, both of whom represented the British and Irish Lions in Australia last year, joined the Tigers in 2006 and 2007 respectively and have gone on to become integral figures at the club.

The same can be said of 31-year-old Marcos Ayerza, who has been capped 57 times by Argentina and is close to making 200 appearances for Leicester.

"Tom and Dan know all about the club, coming through the academy here to establish themselves in the first-team squad, and Leicester has been home to Marcos for the last eight years," added Cockerill.

"They were all very keen to stay and we were very keen to keep them here for the long term, so I'm delighted we have come to an agreement.

"We have a good crop of front-rowers who work well together and they help to get the best out of each other.

"Marcos, Tom and Dan, with their attitude to training and playing, and their experience at the top levels of the game, play a massive role in that."