Castrogiovanni speaks his mind about Cockerill 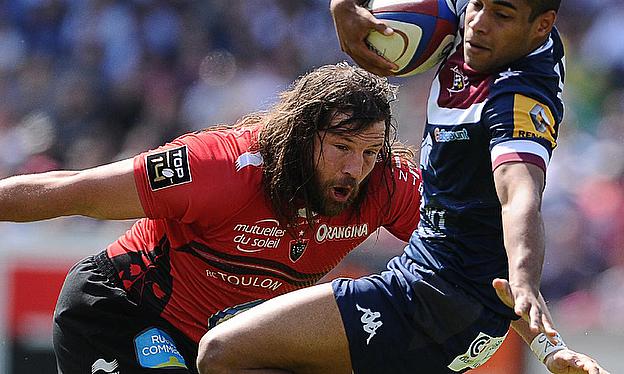 Leicester boss Richard Cockerill refused to be drawn into a war of words on Sunday night following an astonishing verbal outburst by ex-Tigers prop Martin Castrogiovanni after the Italian's Toulon side suffered a 25-21 European Champions Cup defeat at Welford Road.

Castrogiovanni, who left Leicester to join Toulon in 2013 after eight years in the east midlands, held court post-match after specifically asking to speak with English journalists.

And during an impassioned five-minute address, he did not hold back in his criticism of Tigers rugby director Cockerill.

"Cockers talks about the money, but I paid £100,000 from my own pocket to leave this club because I want to play rugby," Castrogiovanni said.

"I always love this club, and I wanted to clarify and talk face to face, which is something Cockers never does. I didn't have an opportunity to defend myself when I left.

"People were talking about money, but the real thing when I left the club was because you had (Dan) Cole and you had me.

"It was made to look like I had left the club for the money, but I left this club because I wanted to play rugby, and that's it.

"I never want to speak with Cockers any more. I am the kind of guy that if I hate you, I will say it to your face and I will never speak to you again. Love me or hate me, I don't hate anyone."

And reflecting on Toulon's first defeat in 10 European games, Castrogiovanni added: "Everyone wants to win against us. We are the best. We have won everything, and it is normal for other teams to raise their game.

"Leicester played a very good game, but they have only won a game. Now they need to come to us, and we will see. We will see next week what is going on."

When Castrogiovanni's comments were put to Cockerill, the former England hooker said: "He was released from his contract. There was a transfer fee involved in that, which was dealt with between Simon Cohen (Leicester chief executive) and Toulon.

"Castro came here eight years ago and he has been fantastic for this club. I have got a lot of time for him. Sometimes in sport, things happen.

"I pick on merit. Dan Cole was third on merit behind Julian White and Castro, and I told Dan Cole when he was better than the other two I would pick him, and when he was, I picked him. That's the game sometimes.

But Leicester were made to sweat following an impressive Toulon revival from 13-0 adrift as wings Bryan Habana and Drew Mitchell claimed touchdowns, while fly-half Nicolas Sanchez landed three penalties and a conversion.

While the reigning European champions still top their group, courtesy of a losing bonus point, Leicester moved themselves firmly into the shake-up prior to next Saturday's quickfire return fixture at Stade Felix Mayol.

Cockerill added: "I am delighted with the win, although I am disappointed we let 13-0 get to 13-13, but you make two errors and they scored two tries.

"It's a great win. They are a brilliant side, and we managed to control them for large parts and put them under enough pressure to get the result.

"It is the best we have probably played for 18 months. We wanted it to be a big European night - it wasn't just another pool fixture for us. We have got a very good record here in Europe.

"It will be twice as hard to go there and win next week. Toulon will be really cheesed off, and it really doesn't get any more difficult than that."

Toulon boss Bernard Laporte, meanwhile, said: "Nothing against our commitment or team spirit, but we gave them a penalty under the posts and then a seven-point try.

"We know that Leicester are one of the best teams in Europe. They have won the first set, and we will hopefully win the second set next weekend.

"It is a tight group with good teams - we know that. We must now beat them at home next week without them gaining any points."