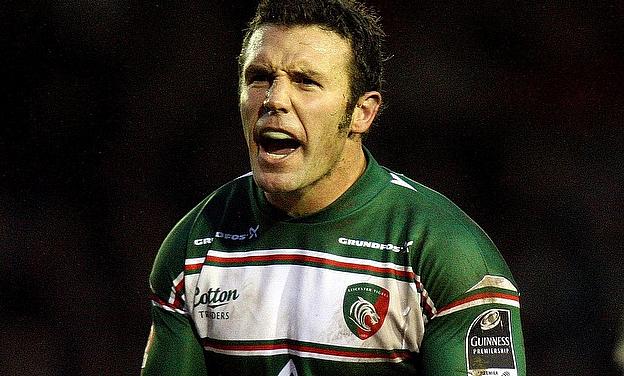 Leicester have confirmed that former New Zealand All Blacks centre Aaron Mauger is to become their new head coach.

Mauger, 33, is currently the Crusaders' assistant coach. He won 45 All Blacks caps and made more than 50 appearances for Leicester between 2007 and 2010.

Cockerill said: " Aaron played at the highest level with club and country, and he has an excellent knowledge of the game and impressive ideas on how he wants to see it played.

"We have been looking for the right person to take on a very important job and help to take us forward as the game is always evolving. Aaron will be a real asset to this club as head coach with our coaching team."

And Mauger told www.crusaders.co.nz: " I have awesome memories of my time at Leicester as a player, and it is a place I will very happily return to.

"I feel incredibly lucky to have the chance to do that as the head coach for the club, and the timing is right for me to grab that opportunity.

"I am loving being part of the coaching team at the Crusaders and still learning so much here, so it was not an easy decision to make.

"But I still have a whole Super Rugby season ahead of me to enjoy with this team, and then I know that the move to Leicester is the right thing to do for my coaching career.

"I would love to come back and coach in New Zealand long term, and I believe that this overseas experience will help me to do that and to become a better coach."

" Aaron is a highly valued member of this Crusaders coaching team, and we will hate to see him go," Blackadder said.

"But in saying that, we all know that this is an opportunity that should not be passed up, so we are 100 per cent on board with his decision and wish him the very best for this next stage in his coaching career.

"He is an outstanding coach, and he is ready for this head coach role."