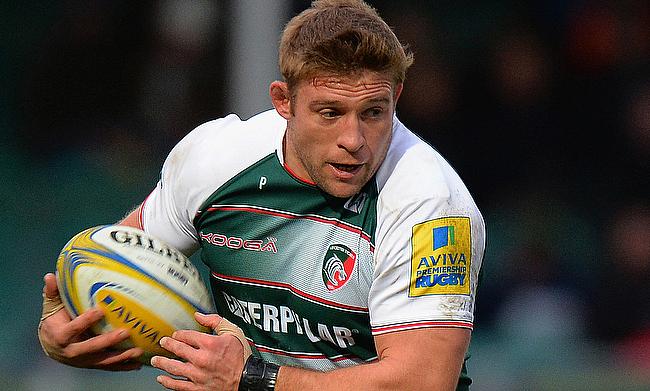 Leicester Tigers hooker Tom Youngs has been handed a two-week ban for disrespecting referee Ian Tempest during the Gallagher Premiership game against Bristol Bears early in the month.

The incident happened following Leicester's defeat in the game on 5th June which the Tigers went on to lose 26-23.

The 34-year-old appeared before an independent disciplinary committee comprising Ian Unsworth QC (chair) with Gareth Graham and Chris Skaife last week and was charged with conduct prejudicial to the interests of the union and the game, contrary to RFU Rule 5.12 and was handed a two game suspension.

Youngs has already served a game ban after having missed Leicester's victory over Wasps on 12th June and his second week ban will be suspended if he attends an England Rugby Refereeing Award Course and referees two community age grade games before 28th February.

“The language used by Mr Youngs was wholly unacceptable. The suggestion that the referee was not strong enough was equally unacceptable," read the judgement from the RFU.

“Mr Youngs told us that he was embarrassed by his words, had telephoned Mr Tempest to apologise and was clearly deeply remorseful that he had let himself down in this way.”

Meanwhile, Tempest conveyed to the panel that he accepted the apology from Youngs.

“I would like to place on record that whilst I don’t condone the actions of Tom Youngs it was an unusual and highly emotional ending to the match for both teams,” he said in a statement to the disciplinary panel.

“During the conversation that took place on the field immediately at the end of the match with Tom Youngs, I never once felt threatened or intimidated by his actions.

“Tom Youngs has apologised and I didn’t expect the matter to be taken any further or I would have reported it to the RFU discipline department.”