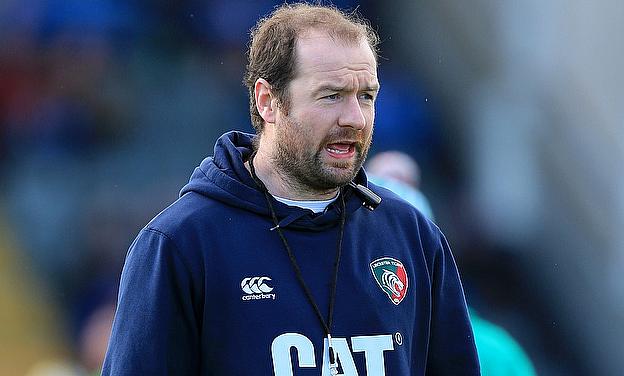 Former Tigers centre Aaron Mauger's return to Welford Road as the club's new head coach ahead of the 2015-16 season was confirmed last November and he will now be joined by fellow Kiwi Hansen, who replaces Phil Blake.

"Aaron has already had a lot of input on our plans for next season while he has continued to work with the Crusaders in New Zealand and we look forward to having him here at the end of the Super Rugby campaign as we build up to next season," Tigers director of rugby Richard Cockerill told the club's official website.

"We're delighted that Richard and Geordan have agreed new contracts because they are outstanding young coaches with a big future.

"They have taken the first steps in their coaching career at one of the biggest clubs in the game, they continue to develop very well here and are an important part of the coaching team."

The coaching staff have all agreed three-year contracts and Cockerill said Hansen, who has worked as assistant backs coach at Canterbury and with Mauger at the Crusaders in Super Rugby, was an excellent acquisition.

"He has worked in some top-class environments and we look forward to sharing that experience and knowledge with the playing squad here.

"Stability and continuity are important in a back-room team and we have that now with all of the coaches under contract for the next three years."