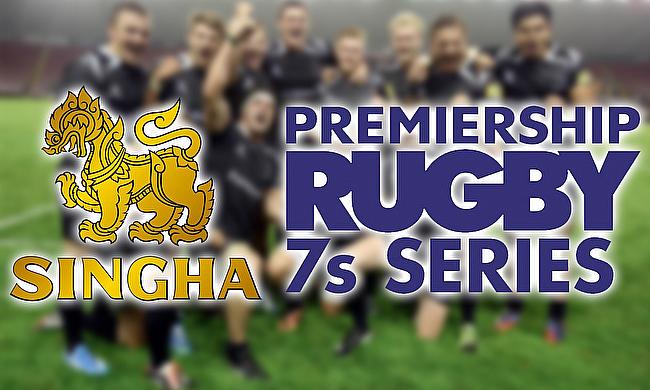 The conclusion of the qualifying stage of this year’s Singha 7s takes place at Kingston Park on Saturday and will provide the final two teams for the eight-team final at the Twickenham Stoop.

The hosts have opted to go for a squad heavy with sevens experience, with only Craggs, Dawson, Marshall and Chick products of the club’s academy and current members of the Falcons. Craggs, Dawson and Marshall have all been selected by England to take part in the Commonwealth Youth Games, whilst Chick is coming off the back of a very successful season with the England U18 team.

The remaining eight players in Newcastle’s sevens squad are all members of the Scottish national sevens team and have accrued experience in a number of international events, including the World Series. Their experience and chemistry should make Newcastle a formidable team and one of the favourites to make it to the final at the Stoop.

One to watch – Callum Chick

A powerful yet mobile back rower, Chick is tipped for big things in the North-East. He captained the England U18 side last season and will look to make the step up to the U20 side this year, whilst also pressing a case for opportunities with Newcastle in the Aviva Premiership.

The open spaces and hard track of Kingston Park will suit Chick on Saturday and should offer him plenty of opportunities to show his ability as ball-carrying forward.

After a brief lull in production, Leicester’s academy is once again in full flow, as evidenced by a number of the exciting prospects in the Tigers’ squad this year. The likes of Olowofela, Nairn and Farnworth represent some of the brightest talents coming out of the East Midlands and should help light up Kingston Park.

The Tigers have gone in a different direction to the Falcons, selecting solely from their own stocks and using the tournament as an opportunity to evaluate their ongoing development. The lack of experience in the group could hurt Leicester’s chances of qualifying, but there is a lot to be said for the fearlessness of youth.

One to watch – Paolo Odogwu

The 18-year-old winger was one of the shining lights in last season’s Aviva Premiership Academy League and capped a fine season with a brace of tries in Leicester’s 41-12 victory over Bath on Finals Day.

With a great understanding of the game and pace to burn, Odogwu is not only a threat to score with ball in hand, but also rushing out of the defensive line to pick off interceptions. Look for Odogwu to announce himself as a player to watch over the coming years by making the most of any opportunities that come his way on Saturday.

There is a nice balance to Sale’s side, with the North-West club having mixed a selection of their academy players with senior squad members, Ingall, James and Jennings. The sevens expertise is provided by one of England’s standout players over the last 12 months, Lewis-Pratt.

Mitchell, the England U20 scrum-half, is given the captaincy, but expect him to lean heavily on Lewis-Pratt for guidance. Away from his captaincy duties, look for Mitchell to inject tempo into the side and try to unleash his powerful carriers, Edwards and Nott.

One to watch – Sam James

The 2015/16 season looks to be an important one for James, as the fly-half seeks to establish himself as a Premiership-calibre player. No one is expecting James to oust Danny Cipriani anytime soon, but he should be in a three-way dogfight with Joe Ford and Nick Macleod to be the preferred backup.

The 21-year-old playmaker’s interplay with Mitchell will be intriguing to watch, as both players look to be a part of Sale’s long-term future. If the duo can show their chemistry and ability on Saturday, they could be in line for Premiership exposure, spelling Peter Stringer and Cipriani in the les high-profile fixtures.

The Warriors have also opted for a balanced squad, with Hammond, a South African winger, and Gilbert, a former Bath flanker, amongst the more experienced members of the team. Taylor, a powerful loose forward from the club’s academy, will captain the side, and he will link up with fellow senior academy players, Humphreys, Adams and Shillcock.

Just as the more established Premiership clubs have done, Worcester have also looked to blood their younger academy members, with Fowles, Smith and Butler all stepping up from the club’s U18 side.

One to watch – Josh Adams

The Welsh winger was bizarrely not offered a senior contract by the Scarlets at the end of last season, but their loss certainly looks to be Worcester’s gain. The flier had an excellent World Rugby U20 Championship with Wales, despite his team underperforming as a collective, and has the potent combination of size and speed that teams covet in wingers.

With Cooper Vuna re-committing to the Warriors and Bryce Heem arriving from Waikato, chances may be thin on the ground for Adams once the season gets up and running, making his showing on Saturday at Kingston Park even more important. If everything clicks for Adams in Worcester, history may show his move to the Warriors to be one of the signings of the 2015/16 season.