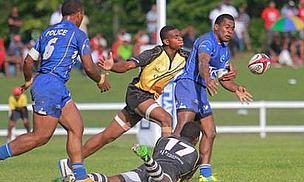 The Bayleys Fiji Coral Coast Sevens will now take place in January 2016 instead of October this year due to renovation work at Lawaqa Park.

The tournament was due to be played between 29th and 31st October but will now be hosted between 14th and 16th January next year.

Founding chairman Jay Whyte says the government-funded renovations will hugely benefit the tournament in the future.

"An upgraded Lawaqa Park augurs well for us in attracting the highest calibre of teams to our shores," he said.

"We are already considered by many to be the premier Sevens in the South Pacific - men's and women's - and these improvements will only assist our vision of being the 'champion of champions' in the region.

"Further, Fiji's national coach, Mr Ben Ryan, has given his 'thumbs up' to the new date, as it offers his boys a good hit out in advance of the Wellington Sevens (29-30 January 2016), and we are excited to be the opening event at the new Lawaqa Park."

The upgrades to the arena will include a roof over the grandstand and improvements to the playing surface, bringing it up to international standard.

Work has already started and will be finished in December.

The Coral Coast Sevens were first played in 2010 and has attracted teams from American Samoa, Australia, New Caledonia, New Zealand, Papua New Guinea, Samoa, Tonga and USA as well as the best teams in Fiji.

"Our expanded qualifying series, which starts in August, will continue and we will maintain our valued partnerships with the Central Coast Sevens (NSW, Australia), the Independence Sevens (Samoa) and the Serevi Rugbytown Sevens (USA)," Whyte added.

"We will also continue to raise the bar with overseas referees and international media and introduce a youth tournament for the first time.

"We are all excited by the opportunities as they present themselves and we look forward to another successful event in January 2016."