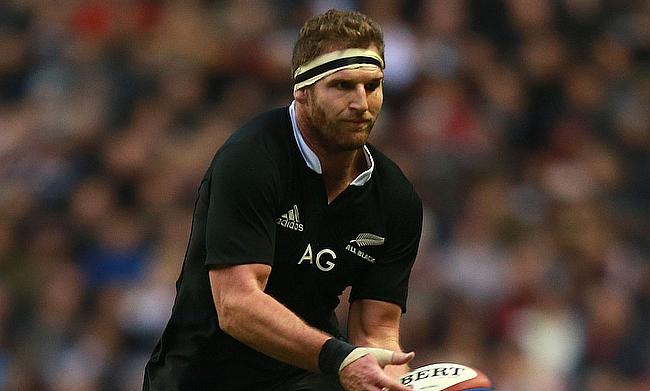 Kieran Read (pictured) was handed the captaincy of All Blacks after the retirement of Richie McCaw.
©Press Association

New Zealand flanker Jerome Kaino believes Kieran Read is making huge strides as the skipper of All Blacks in the absence of Richie McCaw.

Read was handed over the reins of the All Blacks following the retirement of McCaw after New Zealand’s 2015 World Cup triumph.

McCaw has a phenomenal record as a captain with a success percentage of 89.09 after losing just 11 from the 110 matches overall. The 35-year-old, who is one among the 20 players to have won two Rugby World Cups, is also the highest-capped Test skipper in the history of rugby union.

To fill the void created by the legendary McCaw was never going to be an easy task, but Read has done well thus far, after winning both the games against Wales in the ongoing three-match series.

The 30-year-old topped the number of tackles made in the second Test in Wellington and was instrumental in setting up the try of Waisake Naholo.

Kaino, who was part of McCaw's team in the dual World Cup triumphs believes Read has been inspirational for the All Blacks in the ongoing series against Wales.

"All that responsibility has brought out some great qualities," Kaino said.

"If you look at Kieran's form in the last couple of weeks, he steps up when we need him.

"His calming voice when the boys are under pressure, it's gold for the lads."

Kaino also feels Sam Cane and replacement Ardie Savea are doing a fine job at the openside - something McCaw had mastered for 15 years.

"We try not to think about the times that we did have with Richie," Kaino said.

"I think we're overcoming it. We're just trying to get more comfortable with the game we're trying to play and complement each other's strengths."

"There's still areas we want to concentrate on as a trio and try to establish our identity without Richie."