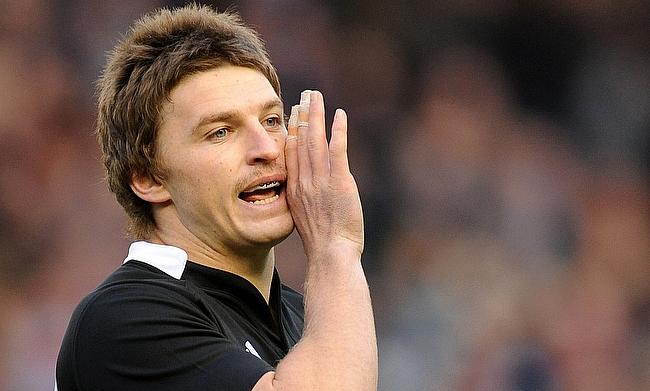 All Blacks first five-eighth Aaron Cruden, who suffered a neck injury against Wales in Wellington might become available to play in Dunedin on coming Saturday after it became evident that the injury is not serious in nature.

However, coach Steve Hansen has hinted at Beauden Barrett starting at first five-eighth in the concluding Test of the ongoing series against Wales after putting up an impressive performance at Westpac Stadium on last Saturday.

Cruden was stretchered off the field in 32nd minute of the game after a collision with Wales lock Luke Charteris.

Barrett who came on as replacement for Cruden scored a try on the 55th minute and made three conversions to lend a crucial hand to his side's 36-22 victory.

"Aaron's good. He got the all-clear from hospital last night. He came back and had tea here, he's a bit stiff and sore in the neck, we'll monitor him over the next few days to see whether he's going to be right to play next weekend but hospital's very happy with it," Hansen said before leaving Wellington on Sunday.

Despite Cruden being available, Barrett, who has come off the bench 31 times out of his 38 appearances for the All Blacks, may start at Forsyth Barr Stadium with Lima Sopoaga coming off the bench.

"I think the bloke that came on last night did a pretty good job," said Hansen.

"We've got a good back-up in Lima coming off the bench, if we do it that way, or we can go the other way and put Lima in to start.

"Beauden probably deserves to get the opportunity."