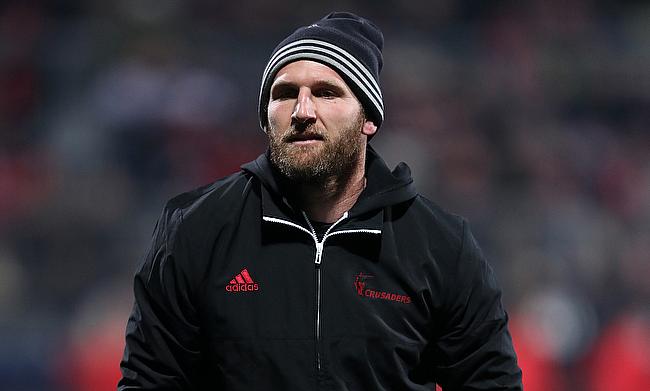 All Blacks captain Kieran Read insists that the British and Irish Lions' future is not under any doubt irrespective of their result in the ongoing New Zealand tour.

Lions face a must win encounter in Wellington on Saturday following their 30-15 defeat to the All Blacks in the first Test and it has been only two times - 1899 and 1989 - they have managed to bounce back from the defeat in the opening game to go on to claim the series.

In their previous tour of New Zealand in 2005, Sir Clive Woodward's Lions team faced a 0-3 whitewash by the All Blacks but Sir Ian McGeechan and Warren Gatland revived the team's hopes in the tours of South Africa and Australia in 2009 and 2013 respectively.

With the 2019 World Cup around and the global calendar to follow, there have been calls on reducing the length of future Lions tour and a poor result in New Zealand can only add to the criticism.

Asked if a tough series for the Lions could jeopardise their future, Read replied: "I don't think that will happen. It's just been so exciting being around the country the last couple of weeks.

"It's been awesome, the Lions are so passionate about the game and I'm sure it will continue."

Gatland has named Sam Warburton as captain for the second game replacing Peter O'Mahony, who is out of matchday 23 while Maro Itoje replaces George Kruis at lock, partnering Alun Wyn Jones. The Crusaders number eight believes the changes will not matter much to All Blacks, who are confident of sealing the series at Westpac Stadium.

"It won't mean too much of a change for us," said Read, of Warburton and O'Brien linking up in the same Lions back-row.

"They're definitely going to target the breakdown more this week than last.

"But if we can dominate some ball carries then hopefully it nullifies what they've got.

"If we're sitting back and waiting, and trying to expect what the Lions will bring, we'll be dominated.

"So we've got to play our game and show how much it means to us as All Blacks.

"You're not just going to roll out the same gameplan you did in the first game.

"If anything it's going to be even more physical than last week and we can't wait for that battle.

"We've got to expect that. And we've got to be good enough to pick out what the changes are.

"We won't change how we're going to play, but we will look to subtly operate things.

"We've got a gameplan that we think is right for what the Lions will play, but if it changes on the field we'll adapt on the run."