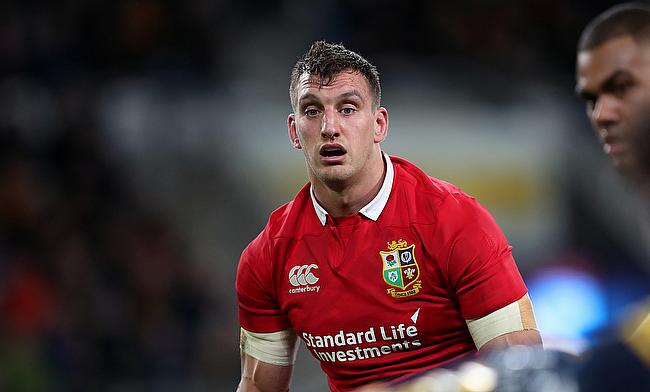 British and Irish Lions skipper Sam Warburton revealed that he had shut his contacts with the outside world in order to focus on the ongoing tour of New Zealand.

The 28-year-old will lead the Lions on Saturday in Wellington in the second Test against New Zealand in what will be a must win encounter after the visitors lost the opening game with a 30-15 margin at Eden Park.

The former Wales skipper stated that he had even picked a different phone to his usual one to avoid any distractions during the New Zealand tour.

"On my (new) phone apart from all the players, obviously we've got a little 'WhatsApp' group going, I've only got immediate family and close friends on my phone," said Warburton, who starts Saturday's second Test after being on the bench for last weekend's series opener.

"I've just completely shut myself off from the outside world for a couple of months so I can focus.

"I got a different phone for the tour so I can stay focused. It was just my decision.

"Before the tour you get asked hundreds of times for signed jerseys and things. When I was younger I was running around trying to get things signed for people and doing all these favours. I thought 'right, this is going to be two or three of the most important months of my career'.

"I just had to do whatever it takes to be as best-prepared as possible. That was my own personal decision from past experiences.

"I will do all my charity stuff when I get home. Gats (Lions head coach Warren Gatland) has rewarded me with a bit of time off, so I will catch up when I get back. But for these few months I've got to remain fully focused."

Warburton did spend some time on Wednesday spending time with his friends. Speaking about the experience, he said: "I just went to say hello for half an hour and it was absolutely crazy.

"It was the experience I'd had of what the fans are like and it was great fun, but none of the players have hardly seen that.

"People probably don't believe that, but you really don't realise what is going on outside. I realised that with Australia (in 2013). It wasn't until I went home and reflected on the tour. I thought 'wow is that actually what happened?' when you watch things back on telly - all the hype around it."

Head coach Warren Gatland has handed starts for both Maro Itoje and Johnny Sexton with the Ireland international returning to fly-half allowing Owen Farrell to move to 12. Warburton believes the Farrell-Sexton combination will provide the team a greater flexibility.

"It (Sexton-Farrell partnership) worked well against the Crusaders," Warburton said.

"From a forward's perspective, it's great when you get up from working hard at a scrum or a lineout and that ball has been sent forward 30-40 metres and you are playing the territory game well - which should go well for us.

"That is obviously going to be part of the tactic. You've probably got three of the best players at game-management in the world in Conor, Owen and Johnny."

Only two times previously in 1899 and 1989, Lions have gone on to win a series after losing the opening game.