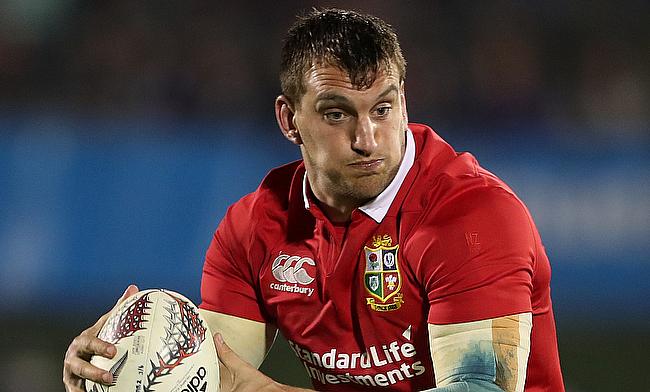 Sam Warburton, as anticipated, will captain the British and Irish Lions in the second Test against New Zealand
©PA

Wales international Sam Warburton has been announced as the captain of British and Irish Lions for the second Test against New Zealand at Westpac Stadium on Saturday.

Warburton will replace Ireland's Peter O'Mahony, who led the team in the opening game which the visitors went on to lose 30-15 in Auckland. Also, Johnny Sexton has been handed a start and will start at fly-half with Owen Farrell moving to inside centre.

Meanwhile, Maro Itoje has been preferred lock over George Kruis and will partner with Alun Wyn Jones with Courtney Lawes earning a position on the bench. O'Mahony is out of matchday 23 with his Ireland team-mate CJ Stander named among the replacements.

"You have to make the tough calls," said Lions head coach Warren Gatland.

"We saw Maro's impact in the first Test and he will bring an edge and a physicality, as will Sam Warburton in terms of pressure on the ball".

Speaking about having Farrell and Sexton on the starting line-up, Gatland said it will provide the Lions will more flexibility.

"Both have played well and it gives us that attacking option in the 10-12 channel," Gatland continued.

"We created opportunities in the first Test and there were a few that we didn't finish.

"There were lots of positives from the first Test but we were disappointed that we put ourselves in a position to put the All Blacks under pressure and to get back into the game and we let it slip."

Robbie Henshaw and George North are ruled out of the remainder of Lions tour due to injuries.

Jack Nowell, Ken Owens, Jack McGrath, Kyle Sinckler, Rhys Webb and Ben Te'o are also part of the bench as Lions bid to stay alive in the series after their defeat in Auckland.