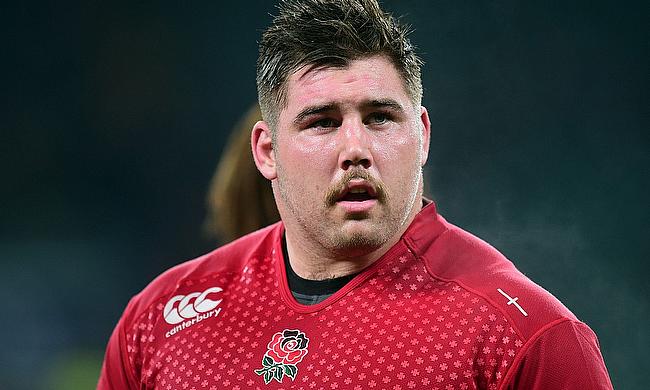 Wasps have announced props Kieran Brookes and Simon McIntyre along with wing Callum Sirker will leave the Gallagher Premiership at end of the ongoing season.

Brookes, who has played 16 Tests for England between 2014 and 2016 joined Wasps in 2018 and has gone on to make 45 Premiership appearances for them. He also represented Newcastle Falcons, Northampton Saints, Leicester Tigers and Fylde apart from loan stints with Loughborough Students and Doncaster Knights.

“I have had a wonderful time at Wasps over the past three years. I am sad to be leaving such a great group of players and coaches and I’ll be leaving with some fantastic memories," he told the club's official website.

“I would like to say a big thank you to all the fans for their support on and off the pitch. I am buzzing to get out there one last time at the weekend and end on a high.”

McIntyre joined Wasps in 2013 from Sale Sharks and has gone on to make 183 appearances for the club and also represented England Under 18 level in the past.

“All good things must come to an end. It is crazy to think that I’ve been at this Club for a third of my life. 10 years is a long time at any one place and it’s going to be emotional for me to leave," he said.

“I’m so grateful that I get to play one last time in front of our brilliant fans. Some of the best matches and moments over my time here, have been made special by the fans.

“I’d like to thank all of the fantastic coaches I have worked with. Lee has been great to work with for a number of years. I’d like to give a special mention to Dai Young, for giving me an opportunity to play in the Premiership at a young age and backing me.

“To the players who I’ve been fortunate enough to play with past and present, they are a huge part of why this journey has been so incredible. It has been a privilege to play with them and I leave here with lifelong friends.”

Meanwhile, Sirker is a product of Wasps Academy and represented England 7s side between 2016 and 2018. He finished second in most try-scorer during the 2018/19 season of Premiership Shield and was promoted to Wasps first-team squad for 2019/20 season.

“I have made so many friends for life amongst the players at Wasps.

“I would like to give a special thanks to Physio Jamie Hamment for his support and expertise during my rehab process to bring me back better than I was before. I wish the Club all the best for the future.”