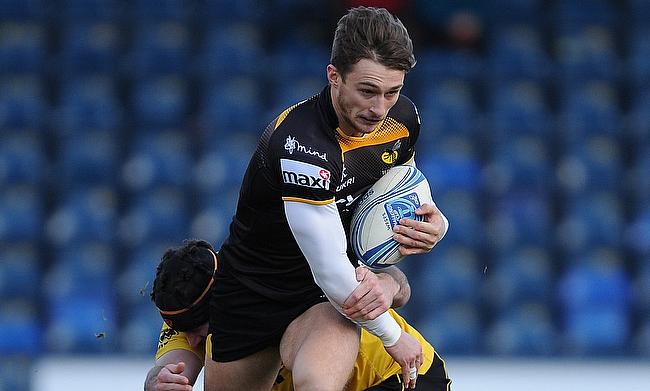 Tom Willis scored a hat-trick including the decisive try in the added minutes as Wasps edged out London Irish 39-36 in the latest round of the Gallagher Premiership at Community Stadium.

The win has helped Wasps move to the seventh place with 48 points while London Irish are at ninth with 46 points.

It took London Irish just two minutes to get their opening try with as Curtis Rona forced his way over and Paddy Jackson kicked the conversion. The home side stretched their lead further when Ollie Hassell-Collins was fed with a wide ball as he dived in the corner in the 6th minute making it 12-0.

The response from Wasps came in the 18th minute with Jacob Umaga slotting a penalty goal but London Irish stepped up the gear when Nic Groom found Terrence Hepetema, who offloaded to Rona as he completed his second in the 20th minute making it 19-3.

Wasps were given a chance as London Irish lost Hepetema to sin-bin in the 30th minute and the visitors made use of the numerical advantage with Josh Bassett capitalising on an interception dotted down as the gap between the sides came to nine points.

Despite down on numbers, Declan Kidney's side dominated the closing stages of the opening half with Albert Tuisue crashing from close range in the 34th minute before the number eight went on to score his second that came at the base of scrum. Jackson got both the conversion right as London Irish completed the opening half with a 33-10 lead.

Wasps made a flying start to the second half with Willis dotting down wide but the conversion went wide. Wasps scored their third try in the 47th minute through Marcus Watson but once again the conversion was missed making it 33-20.

London Irish were down to 14 players for the second time in the 55th minute with this time Adam Coleman yellow carded and Willis went on to score his second in the 55th minute at the back of a driving maul making it 33-25. Even though Jackson kicked a 61st minute penalty goal provided some relief for the hosts, but Wasps had the momentum on their side with Bassett diving under the posts in the 66th minute and Umaga's conversion meant the scoreline became 36-32.

The game entered the final 10 minutes with all the three results possible but it was Wasps, who held on to their nerve with a last-gasp try from Willis in the added minutes seized them back into the lead while Umaga's conversion sealed a thrilling three-point win for Wasps.