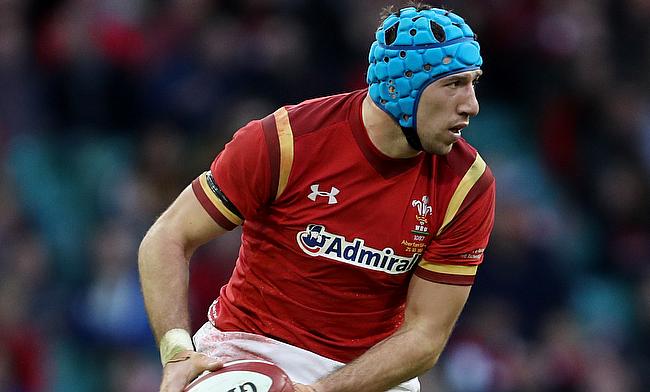 Australia head coach Warren Gatland has made 14 changes to the starting line-up for the final game of the opening round against Uruguay to be played in Kumamoto on Sunday.

Justin Tipuric will be leading Wales for the first time on what will be his 69th Test for his side and will form a back-row partnership with Aaron Shingler and Aaron Wainwright.

Hadleigh Parkes is the only player retained in Wales' win over Fiji as he starts at inside centre with Owen Watkin at outside centre while Hallam Amos and Josh Adams are at wings and Leigh Halfpenny is slotted at fullback.

With Dan Biggar ruled out of the encounter with a head injury, Rhys Patchell starts at fly-half and Aled Davies at scrum-half with Ospreys duo Bradley Davies and Adam Beard form the second-row and Nicky Smith, Ryan Elias and Dillon Lewis are named in the front-row.

Wales hold the top place in Pool D after winning all their three games and a victory against Uruguay will seal them the pole position which will set up a quarter-final against France in Oita on 20th October.