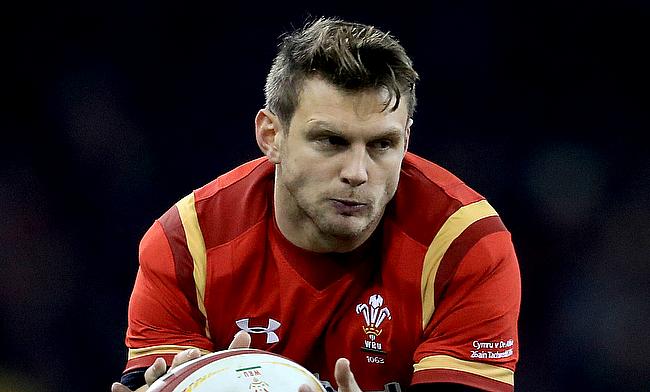 Dan Biggar will have his head injury assessed
©PA

Wales fly-half Dan Biggar will miss the upcoming World Cup game against Uruguay to be played in Kumamoto on Sunday following a head injury.

Biggar was forced off the field two times in successive games with the latest being the encounter against Fiji at Oita Stadium where he played 56 minutes before was replaced by Rhys Patchell.

"He didn't do a HIA against Fiji, he was just removed from the field," said Gatland.

"It means that he won't be in consideration for Sunday and he will have to go through protocols.

"We'll probably get someone to look at him as well.

Meanwhile, Jonathan Davies also had a knee injury during the game against Fiji and will be assessed this week to see the extent of the damage.

"Jonathan will probably be assessed tomorrow when all players go and have a review of today," added Gatland.

Patchell remains the only specialist fly-half in the squad after Biggar while Gatland said centre Hadleigh Parkes and full-back Liam Williams could also be options while Hallam Amos has also been trained at number 10 slot.

"Some players are going to have to back-up, particularly backs. We may go for a 6-2 split on the bench with six forwards," he said.

"We've got some quality nines. We may look at that. Hadleigh Parkes was talked about and Liam Williams.

"We've been running Hallam Amos at 10 in training and he's looked pretty sharp there."

A win against Uruguay will ensure Wales will end the group stage at the top of Pool D and will face France in the quarter-finals in Oita on 20th October.